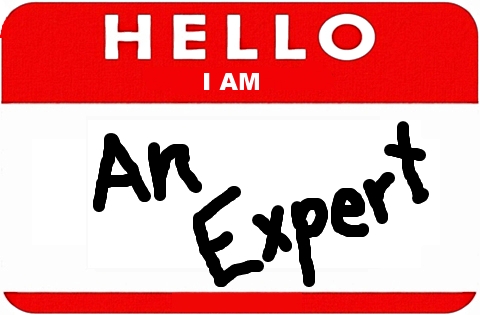 I grew up in Tarkwa and Prestea in the Western Region and the regional capital, Takoradi, was my nearest big city with shimmering lights, wide streets, endless traffic and a vibrant night life to boot â€“ a far cry from the two rather sleepy towns I was used to.

The cityâ€™s rather famous unique lingo and terminologies (including â€˜Azaay!â€™), its famous harbour and other quaint, charming delights always made a trip to â€˜Taadiâ€™ a delight, and I have many happy memories of the place.

Whenever the â€˜Oil Cityâ€™ hits the headlines for whatever reason, therefore, my ears are pricked up with the alacrity of a rabbitâ€™s at the sound of the faintest noise.

When the story of the three missing Takoradi girls broke a couple of years ago, it broke my heart to see the city mired in negativity as an unsafe place, aside the personal tragedies that eventually emerged.

The recent story of Ms Josephine Panyin Mensah, another Takoradi resident who was earlier reported missing, once again skyrocketed the cityâ€™s name to the harsh glare of media headlines.

Perhaps, understandably, her reappearance and the stories that swirled around it generated more twists and turns and wagging tongues presumably akin to what Jesusâ€™ resurrection story generated back in the day.

The question of whether or not she had been pregnant as had been claimed when news of her disappearance broke suddenly became a hot and contentious issue.

Overnight, an array of armchair specialist gynecologists and obstetricians emerged following the revelation by the Western Regional Minister that according to briefing he had received as the chairman of the Regional Security Council, the lady had never been pregnant in the first place.

The armchair experts hotly challenged the Ministerâ€™s assertion and insisted Josephine was pregnant. The arguments kept going back and forth, and not even the subsequent statement from the police, citing medical doctorsâ€™ examination and which aligned with what the Regional Minister had said seemed to assuage sentiments.

To them, her bump settled the matter, never mind expert scientific opinion.

To some, the Minister could not be trusted simply because he is a politician and, therefore, he was presumably programmed to lie as a default position to protect government which had been attacked as helpless in the face of rising crime and growing public insecurity, and the police by their statement simply were trying to protect him and his government by this assertion.

On cue, the matter assumed partisan political colours, like almost everything else in this country. One could not help but be amused.

My friend Nana Awere Damoah always insists that whenever a major, controversial story breaks, it is important to allow it to thaw for at least 24 hours before commenting, because it is likely to evolve into something else.

Nothing could be further from the truth in this particular case. One could to a large extent understand why Josephineâ€™s family (including her husband), friends and neighbours would insist she was pregnant.

They had seen what appeared to be a physical bump that clearly suggested pregnancy. How could we doubt her own husband? Why would he lie?

It is a wholly reasonable and respectable position to take, and a very good presumption, albeit rebuttable.

However, as soon as the police released a statement that suggested that medical tests conducted did not point to any pregnancy in the past, caution had to be exercised and the brakes applied especially when the family failed to produce her antenatal documents to buttress their claim, aside the fact that parts of her claimed story did not quite add up.

But whether as a result of a deep mistrust of the police, an eagerness to drive a certain political agenda or sheer bloody-mindedness grounded in an unprincipled tendency not to accept one was wrong, some still insisted the police were lying, appearing to contest the medical doctorsâ€™ findings from the relative comfort of their armchairs. Emotions ran high.

Â As more details have emerged, especially with her reported confession that she had indeed never been pregnant and had just strung everyone along, it appears the virulent Josephine cheerleaders, including some media personnel who should know better, have lost their voices, and are enjoying the taste and smell of rancid egg splattered across their faces and have retreated quietly into their cubbyholes. Of course, a few fringe elements still insist that it is all a grand conspiracy and that the â€˜truthâ€™, however they define it, will eventually come to light. Perhaps some persons would never be satisfied even if the lady was examined live on national TV.

From a historical perspective, and quite understandably, the Ghana Police Service is hardly clothed in sweet-smelling roses in the public mind, so it is probably not too unusual that people will try to poke holes in their narrative.

The same applies to politicians, which is why even though the Regional Minister was well-placed to make the revelation he did, a cloud of suspicion immediately erupted when he spoke to the matter.

In all instances, a healthy dose of public skepticism is acceptable in dealing with public institutions, and public trust and support must be earned through hard work, integrity and sincerity on the part of these institutions, but there is a tipping point beyond which such skepticism turns into outright bastardisation, which then makes it difficult, if not impossible, for these institutions to deliver.Â

Other wider issues that the case brings to the fore include the social pressures around female childlessness in particular and its desperate nexus with the crimes of baby theft and baby harvesting via fake pregnancies.

If a woman has to go to the lengths of faking a pregnancy, she clearly will have to find and produce a baby at the end of the supposed pregnancy to fit into the pregnancy narrative.

Stories of such syndicates in our major health facilities about baby-harvesting syndicates emerged earlier this year.

These are no simple overnight issues, and I hope the police are able to finalise this case and let the law take its course. May Taadi find closure and move on. Azzay, what do you say?