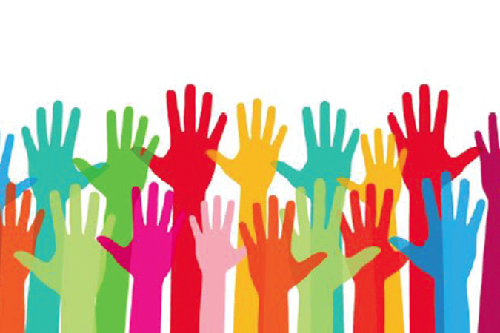 Professor Kwesi Yankah, a former minister, in October 2008 was so apprehensive for the security of Ghana, its citizens and emerging democracy that he rushed to The Ghanaian Times with an article: Will Ghana survive December â€™08?

He observed: â€œIn Ghana, the war drums have been loud enough. From gun shots ringing at registration centres, gun shots at political rallies, to arson and inter-party killings at Gushiegu, to clashes at Berekum, and stories on stocking of arms by various ethnic groups and political parties.â€

Although Ghanaâ€™s democracy is hailed a success story, previous elections were with visible signs of tension and violence. According to Professor Kwesi Aning of the Kofi Annan International Peacekeeping Training Centre, politicians in Ghana deliberately preach hatred, exploit ethnicity, regionalism, and religious groups to win power.

Prof. Aning notes: â€œWe sit here and think Ghanaâ€™s democratic credential is intact. The falsehood and wrong perception of Ghana as a front-runner state is not doing us any good,â€ Daily Guide of October 25, 2012, reported.

Recent description of Ghanaâ€™s democracy by Archbishop Kwasi Sarpong, a retired Catholic Bishop, as a â€œcaricatureâ€ calls for sober reflection.

United States, Singapore and China were built with leaders who had the spirit to build a society. Recently with Dubai, political leaders of the United Arab Emirates have also demonstrated that it takes leaders with the spirit to build a society to place citizensâ€™ well-being at the forefront of all government decisions. About 50 years ago, Dubai was just a sleepy outpost in the desert. Today, it is one of the fastest-growing cities on earth, the very earth housing the city of Accra.

Since 1960, African societies, including Ghana, have demonstrated some level of similarity. They lack the most fundamental structures of democracy. This was so striking that scholars, politicians, and policy makers swore multiparty democracy could not take root in Africa.

For instance, until 1982, just one-tenth of societies in Africa could boast of elected presidents. As of 1991, there was no significant development in Africaâ€™s match towards democracy. However, currently there are hopeful signs that democracy can take root in the continent.

Democracy is governance with power belonging to citizens. The two traditions of democracy: deliberative and participatory are believed to have the capacity to help improve practice of democracy for citizens to take the centre stage in all democratic activities. It is, therefore, sensible to give democracy a chance to see how the two models can enhance participation and political decision-making in building democratic societies, which meet the aspirations of citizens.

Participatory democracy strives to create a political system that ensures development of social and political capacities of citizens for quality deliberation and citizen engagement. This approach provides a channel of influence in policy making, engages citizens in a process of deliberation and public communication, and can attract a constant and increasing number of participants.

Deliberative democracy, on the other hand, is about deliberation in decision-making process with consensus and majority rule. This form of democracy, therefore, appears as an improvement in the sense that authentic deliberation, and not just voting, is the primary source of legitimacy for the law.

Those who thought democracy was not meant for Africa would be revising their notes because there appears to be greater interest in the practice of democracy in Africa. Countries such as Ghana, Nigeria, Kenya, and South Africa are showing signs of liberal democratic governance. The practice is, however, being undermined by several inhibitors. It is suggested that to promote democracy in Africa, to reap desire results, it would need rethinking, extending, and advocating the way democracy itself is conceived.

Lack of success in creating more democratic space in Africa over the years is also due to the desire of African political elites to hold on to power at all costs and its subsequent effect on the creation of democratic checks and balances for transparency and accountability. Although one can argue that in Africa today, there appears to be more personal liberty and more space for the opposition, African leaders still control resources and patronage.

For democracy to become a shining reality in Africa, it should be built on two traditions: participatory and deliberative. After all, Africaâ€™s traditional political system had as its pillar consensus building in decision-making through tough negotiations and rational debates. This calls for extensive and intelligent small-scale local media focusing on public service with journalists in constant touch with citizens who set agenda for the ruling class to think about.

This should be the kind of journalism that does not only do objective reporting but tell well analysed stories. It appears what we need are political leaders who have an explicit ambition and are clear where they are taking the countries and citizens to.

It will take civil society, media and political decision-makers with absolute conviction, commitment and passion to make democracy work in Ghana and Africa for citizens to be happy, own it and protect the system for generations.

The writer is Rector, Ghana Institute of Journalism