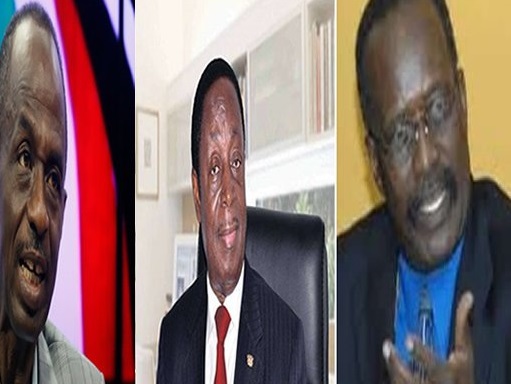 Selection of a Running Mate to a Presidential candidate is normally not a heated contest for public attention, because the selection is the preserve of the Candidate, who will at the appropriate time announce his choice. All party members are therefore expected to embrace the Party Leader’s announcement, without scruple or objection.

Unfortunately, in the NDC today, some members seeking to promote their preferred personalities for consideration as Running Mate, have resorted to the kind of lobbying, propaganda and scheming that has the potential to endanger the public ratings of some senior members of the party. Monitoring the online media space and WhatsApp platforms, one may get the impression that these individuals believe the only way they can promote their preferred candidates, is to highlight the perceived weaknesses of those they see as competitors or threats. As a result, these elements have mischievously adopted the use of misinformation, indecent language and falsehoods to discredit and disparage those party elders they perceive as threats or competitors to their preferred choices.

Some of such assault on these leading members of the party, may finally end up as ammunition to the opposition party and its communicators, who will ably use such misinformation to destroy the image and chances of the NDC in the 2020 elections. This is the reason for which it has become imperative, for us at The Socialist Intelligential, to caution members of the NDC to avoid unhealthy and heated debates and the running down of senior party members who are suspected to be lobbying for the Veep slot.

In recent times, a particular online news portal has gained notoriety for consistently publishing stories aimed at running down some very respected leading members of the NDC, who according to the news portal, are racing for selection as Running Mate to former President Mahama. In their article “Ten People Mahama Will Not Choose As Running Mate For 2020 Poll”, this online news media mentioned names like Mr. Johnson Asiedu Nketsia, Hon Haruna Iddrisu, Dr. Kwabena Duffuor, Mr. Alex Mould, Prof Joshua Alabi, Dr. Spio Gabrah and Sylvester Mensah, and condescendingly rubbished their potentials of ever becoming NDC Running Mate.

In the case of Mr. Asiedu Nketsia, the news portal labeled the NDC chief scribe, as an “internal party leader with comical traits and unsuitable for a Vice President brand.” In that 28th October publication, Mr. Alex Mould was also not spared by this news portal which described him as “the loudest of all the potential Vice Presidential hopefuls and literally all over the place commenting on every issue in the country” and that “he is wasting his time”. Even before attacking these noble men and the others, those behind the website attacked the personality of Dr. Kwabena Duffuor and attempted to discredit the man, by alleging that the NDC stalwart bankrolled the NPP in 2016, for which reason he is also not suitable for selection. An allegation he had refuted through a rejoinder from his attorneys published by Ghanaweb, in which he rubbished it as “the figment of the writer’s imagination”.

Dr. Dufuor was once again attacked by the same news portal on 20th November, under the headline “Rawlings Kicks Against Kwesi Ahwoi as Duffour Begs To Be Considered”. The news website described him as a man “who has lost everything” and had met former President Rawlings to beg him for his support to enable him become the NDC Running Mate for 2020. Even though it is trite knowledge in the NDC that Dr. Duffuor is a close confidant of former President Rawlings and the two do have regular meetings, the news portal sought to criminalize a meeting of the two men and reduced Dr. Duffuor’s suitability as Running Mate.

Those behind the publications again used last week’s write up to scandalise Mr. Kwesi Ahwoi, the former High Commissioner and a former Minister of State. The news portal used an October 2018 tweet from President Rawlings as the basis of their disapproval of the Ahwoi brother and rudely questioned his suitability for leadership. We wonder why any responsible member of the party will dwell on such negative energy in their bid to promote their preferred candidate. Capitalising on this negative energy of reminding us of past statements from the Founding father, is there not the likelihood of another misguided lobbyist reminding us of all the negative comments from the former President against other hopefuls including Kwesi Botchwey? Attacks and counter-attacks? And where will that lead the NDC? What is the end game?

The publication of falsehood about these NDC front liners casts a negative light about the camaraderie that should have existed in the social democratic party in the lead up to the announcement of a Running Mate. Those behind these stories published on by this online media house must bow down their heads in shame. It is not the personalities that you are destroying: it is the reputation of NDC that you are ruining.

Those elements must understand that the NDC has a history when it comes to selecting Running Mates. In the classical case of 2008, where there was competition between then Hon. Mohammed Mumuni, Hon. John Mahama and Mrs. Betty Mould Iddrisu, the lobbying never became acrimonious. Proponents simply touted the suitability of their preferred personalities. It is therefore shameful that fast forward in 2019, when members of the NDC are supposed know better, we now have some misguided elements engaging in such unhealthy and adversarial politics.

If the proponents of the 2008 Running Mate hopefuls had conducted themselves in such reckless manner and in the end destroying the reputation of the others, would it have been possible to appoint then Hon John Mahama as the Running Mate and later Vice President, Lawyer Mohammed Mumuni as the Foreign Affairs Minister and Mrs. Betty Mould Iddrisu as the Minister of Justice and Attorney General (the first woman to ever occupy that position)?

Being favored for selection as the Running Mate to a Presidential Candidate has never been a race that requires canvassing for public support and in the process also destroying the image of others. People should rather learn to promote their choice of personality without destroying other leading members of the party. The damage caused by such irresponsibility will always be collateral.