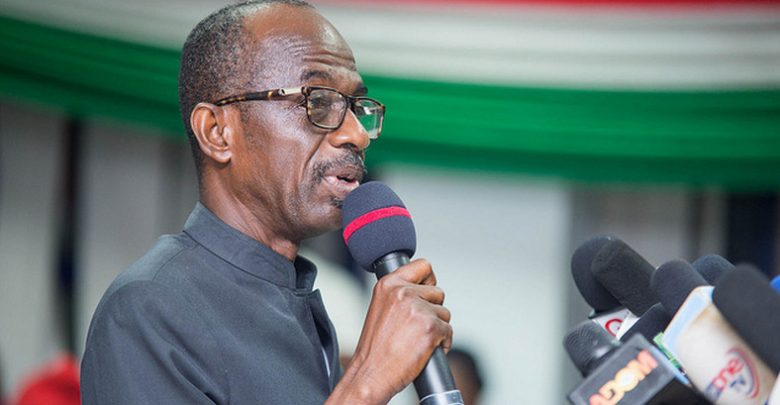 Deputy Information Minister, Pius Enam Hadzide has stated that the National Democratic Congress (NDC) is seeking to interfere in the work of Audit Service, Economic and Organised Crime Office (EOCO) and even the court.

This follows the allegations by the NDC that there is a grand scheme by the Akufo-Addo administration to remove the Auditor General Daniel Domelevo, out of Office just to cover up their corrupt deeds.

Speaking on Starr FM, Mr Hadzide said allegations by the NDC is seeking to meddle in the work of the Audit Service, EOCO.

''The NDC in my view is rather seeking to interfere in the work of the Audit Service, EOCO and the court. The court is the only institution to judge such issues. The NDC is attempting to put their judgement before the judgement of the court. There is no truth in the allegation by the NDC. The Auditor-General is on record to have said that he has seen unprecedented support form this government in his entire working life in the Audit Service he hasn't seen any government support the Audit service as much of this government . How do you reconcile the position of the NDC that this same government that is working to support the service is turning around to undermine the Auditor General''? he quizzed.

Addressing the Press earlier today, General Secretary of the NDC, Johnson Asiedu Nketia, said the EOCO investigation is retribution against Mr Dumelovo because of his investigation against Mr Osafo-Marfo over $1 million contract awarded to Kroll by the Senior Minister.

“The Economic and Organized Crime Office, acting almost certainly at the behest of Senior Minister, Yaw Osafo Marfo, has extended a clandestine invitation to the Auditor General, ostensibly as part of investigations into a petition filed by an NPP hatchet man acting in concert with agents of the Akufo-Addo government''.

The Auditor-General, Mr Daniel Yaw Domelevo, has dragged the Economic and Organised Crime Office (EOCO) to court for investigating him over certain alleged procurement infractions at the Audit Service.

In an application filed Wednesday, November 20, 2019, at the Human Rights Division of the Accra High Court, the Auditor-General contends that EOCO had no mandate to investigate him or the Audit Service over the alleged procurement breaches.

But according to the NDC, the EOCO investigation is part of a larger plan by the government to ensure that the Auditor-General is removed from office.

READ ALSO:Gov't working to remove Domelevo from office for his fight against corruption - NDC alleges