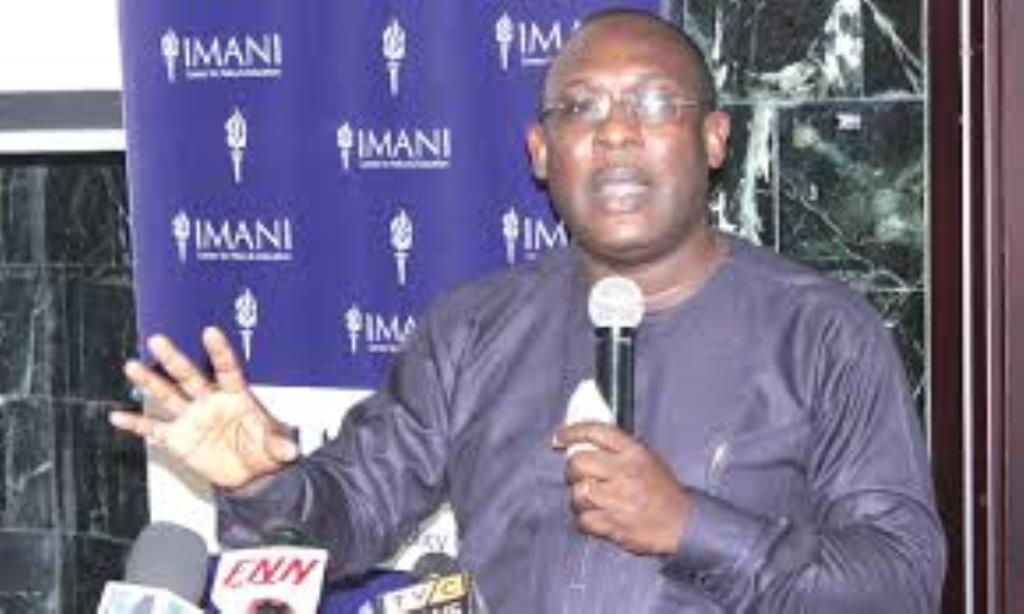 The article then veers off into bizarre territory, asking who is paying CSOs. She insists CSO donors tend to be foreign. That CSOs are accountable to foreigners. This is yet more groundless, unresearched, claims, not fair criticism.

Of the CSOs that operate in Ghana, the vast majority are community-based. Many are sponsored by churches, mosques, and even traditional authorities. Less than 1% of CSOs, have even the standing and relationships to attract overseas funding. I hereby challenge Elizabeth Ohene to produce an alternate figure.

Most foreign funders shy away from activist CSOs like Imani. The majority of CSOs who get funding from abroad are into development projects not political advocacy. As SVP of Imani Iâ€™m interested in raising more money for our work, and we know if we became less critical, we will attract more funding, but we have refused to change, insisting on our unique identity.

IMANIâ€™s indomitable group of Senior Fellows are all unpaid. Its most well-known advocates run businesses that are their main sources of livelihood. The organisation maintains a research unit that competes for research projects and obtains funding that way for its day to day upkeep. Donations constitute a very small proportion of income and are almost always tied to specific audited projects. Many CSOs in Ghana are like IMANI.

Who are these CSOs then that she claims are unaccountable to Ghanaians etc? Why canâ€™t she name names so we can deal properly with her concerns? Of course, if anyone is paid from taxes, they must absolutely be accountable to tax payers!

The International Women Media Foundation that Auntie Lizzie happily advertises as part of her credentials, may I humbly ask if it is â€œaccountableâ€ to Ghanaians in any way?

If a person believes they have a challenge with policy prescriptions made by CSOs, they have every liberty to engage and address them, with rebuttals, superior alternative ideas or counterproposals. Our counter-proposal in Agyapa is that the valuation must be over $2.5 billion, and we have gone to lengths to demonstrate this mathematically.

It is wrong to turn a policy debate into a platform for lobbing potshots over irrelevant matters. The various policy controversies that Auntie Lizzie refers to are deep and weighty and deserve focused engagement. For instance, which CSOs does Auntie Lizzie disagree with over what they said or didnâ€™t say about the banking crisis? What are her specific counters?

Who said the Government was massaging figures on COVID and what were their specific complaints? Was it true or not? Which CSOs published what about COVID and have now gone â€œquietâ€? How many Ghanaian CSOs have even issued a report on COVID? Can she bring some real case studies so we donâ€™t have to engage with phantoms and floating arguments?

In fact, â€œsilenceâ€ among professionals would be a fairer accusation against the CSO community. Why do we have academics at a â€œUniversity of Minesâ€ and an actuarial society, yet no academic research opinion on Agyapa? Where are the professors of finance in our business schools etc? Is this the kind of calm and peace Auntie Lizzie prefers?

Clearly, CSOs that gain the limelight do so NOT because they are deemed wiser than everyone but because they speak up bravely on issues that matter to the public, risking the onslaught of persons in power like Auntie Lizzie.

Media owners and editors are not fools. They watch their ratings. They know which CSOs â€œspeak the mindsâ€ of large segments of society, and grant them more space to do so because it benefits everyone to hear clear voices on important national issues.

Because the areas we fall short on policy as a country tend to be repetitive and consistent, it is not surprising that the same CSOs would often be heard applying the same concepts and sounding the same cautions. What we should be worried about is why the country keep making the same mistakes!

And with Covid-19, the over 100 medical professionals who wrote about these matters, were they CSOs? Was their intervention fundamentally different from the CSO approach?

What is it about politicians like Auntie Lizzie that they canâ€™t bear to hear any other voices apart from their own? Who is on radio morning, noon and night, more than politicians? Why do politicians tend to suggest that activists must become politicians if they want to speak? Is politics the only lens to wear for an issue? What about economics, sociology, policy, religion, morality, logic, rationality, and history?

The other basis for accusing CSOs for feeling like they know it all is, according to the likes of Auntie Lizzy, is that we â€œdonâ€™t accept our mistakesâ€. This is another unfair and untrue claim. Letâ€™s take the EC issue for example.

The EC publicly announced to the whole world that they will implement safety protocols in registration centers. A tiny proportion of CSOs, notably under the CODEO umbrella, and separately IMANI, visited these centers. We took video and photographic evidence that showed clearly that these measures were simply disregarded in many centers.

Earlier claims that the EC could not register more than 12 million people if they followed these guidelines were in support of a proposition that they increase the number of days in order to avoid disenfranchisement. Instead of doing that, the EC simply abandoned the health guidelines, proceeded to use National ID cards to register over 50% of the people registered and allow a very flawed Guarantor system to put in another 20% and then declared that we have a new more credible register. What is Elizabeth Oheneâ€™s specific argument here? Why does she have a problem with CSOs rather than taking on the EC?

CSOs criticise when we deem it fit, and listen when criticised. We consider criticisms as a sharpening tool, as useful feedback. Criticisms with no head or tail, on the other hand, are not useful.

When Dorothy Gordon, one-time senior ICT official in this country, questioned the lack of gender balance at the top of IMANI, we thought hard about it. Because IMANI was formed organically, this was not deliberate. But we made very conscious attempts that whenever we were hiring, gender shall play an important role.

When Yao Graham commented at a forum that we tend to flit from campaign to campaign, leaving issues hanging, we decided that on the matter of EC, we are in it for the long haul.

When some people argued that our failure to work for change from within the policy system itself could lead to a loss of effectiveness, we altered our cocoa policy advocacy effort to closely engage with Cocobod. And so on and so forth.
I could go on but this is too long already. Evidence abounds that CSOs make Ghana better not worse.

There are things CSOs have achieved which politicians have woefully failed or refused to deal with out of neglect or plain incompetence, from Auditor General Surcharging to stopping the Toll Levy, through to forcing Right to Information into effect etc.
Justified or not, there is a palpable sentiment in Ghana that our Politicians have become the same, that they band together to loot the nation, and that if we citizens donâ€™t rise up, NOT to become politicians, but to speak up and be activists, they will rob us till we drop! Whether right or wrong, articles like Auntie Lizzieâ€™s are fuelling a perception of tone-deafness.

Someone remarked that it will be a â€œhappy day when the government accepts that criticizing them doesnâ€™t mean you are against themâ€. We citizens must band together and compel this reality into being by staring down bullying politicians.

The day they succeed in silencing all of us, starting with the loudest and most strident, is the day we should all pack up and leave for the woods!Â

Next time, Auntie Lizzie has real criticism with some actual content to offer, she should send it my way. I will send it to all the CSOs. All 50,000 of them.
Akpe na mi...
I rest.