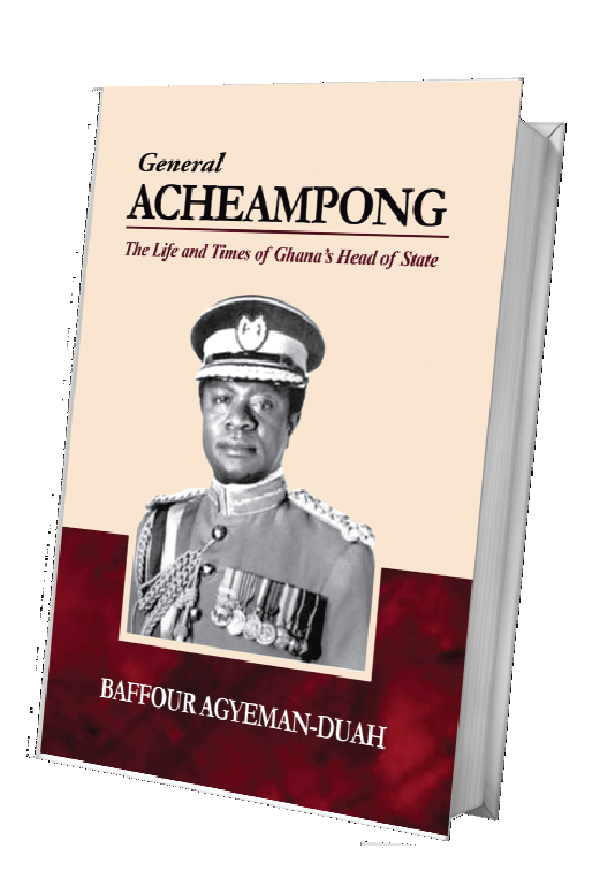 On Monday, September 27, 2021, I read with mixed feelings a book launched by Professor Baffour Agyeman-Dua on the life and times of General Kutu Acheampong.

Much as I would congratulate Professor Agyeman-Dua on his endeavour to “fill a historical void” I would with much respect say that the book launched at this critical period of West Africa political history is ill-timed.

To eulogise a military ruler, who over-threw the constitutionally elected government of Dr Kofi Abrefa Busia, then barely 18 months in office, is quite academically disingenuous.

The West African sub-region with the Economic Community of West African States (ECOWAS), in particular, chaired by President Nana Addo Dankwa Akufo-Addo, is in a state of quandary about the seeming re-emergence of military dictatorships on the sub-region.

To say the least, the book launch of this military dictator at this period is a complete display of insensibility.

A great deal of political craft by the present crop of West African leaders spearheaded by our own President, in trying to consolidate and safeguard democracy in our sub-region, suddenly resulted in the military shooting their way back to power.

First, an attempt was made in Chad, then Mali and now Guinea.

Nobody knows where next and we pray it does not happen anywhere again!

I lived through the General’s era from the inception of the coup in 1972 to his tragic execution in 1979.

The good thing about General Kutu Acheampong was that, apart from the fact that he staged a bloodless coup, no Ghanaian lost his life under his watch.

There were so many attempts to overthrow his government, but none of the failed coup plotters were executed. Though they were all sentenced to death.

Notable among such coups, was the civilian one led by Alex Hamah, a businessman then resident in Tema.

The military tribunal that tried him (as was the norm in those days) sentenced Alex Hamah and his co-horts to death.

General Kutu Acheampong ordered their unconditional release after a brief spell at the Nsawam Prison.

General Acheampong’s military junta was the most ethnically diverse government in Ghana.

However, General Kutu Acheampong bounced on the political scene with no set political agenda.

His only reason for staging the coup as he announced on the day of the insurrection was that “the few amenities which the military enjoyed have been taken away by the Busia Government”.

The cedi was artificially pegged at ₵1.20 to the United States dollar.

Ordinary market forces like demand and supply determining price levels were non-existent, with the government introducing the obnoxious policy of price control.

The boomerang effect of this price control was that commodities vanished from the market.

Few items that managed to surface were sold at about four times the normal price.

To the later generation “kalabule” meant inconsiderate marketing tactic aimed at maximising one’s profit at the expense of his brother.

What worsened the plight of Ghanaians under General Acheampong was his notorious “Yentua Policy”.

To the uninitiated, “Yentua” is a Twi word meaning “we shall not pay”.

By this policy, General Acheampong defied the West and other international donor agencies such as the International Monetary Fund (IMF) and the World Bank, by openly declaring quite defiantly that he would not honour his international debt obligations.

The backlash of this obnoxious policy on the part of Ghanaians was devastating.

They strangulated the economy by imposing suffocating sanctions on us.

All food imports to Ghana were halted because there was a foreign exchange drought in the country.

Poultry feed made up of yellow corn which Ghanaians fell on as food was even a luxury, and as if by design or a curse even fishes disappeared from our waters and we resorted to eating “ewura efua” a dried salted fish with scary teeth.

General Acheampong’s much touted “Operation feed yourself” was not born out of any ingenious economic thinking but a backlash of the “yentua” policy.

In the absence of nothing in our market we had to learn to grow what we eat.

General Acheampong’s ugliest character trait was his penchant for women.

In fact, when his number two man, Lt. General Akuffo, staged a palace coup against him he cited this as one of the reasons for his overthrow.

In Generals Akuffo’s words one of the main reasons for the palace coup was General Acheampong’s “moral turpitude” which did not befit a gentleman of his status more so a Head of State.

General Acheampong confirmed this during his last television interview a day before his unfortunate execution.

So the earlier we allowed his name to be buried in the history of dust the better.