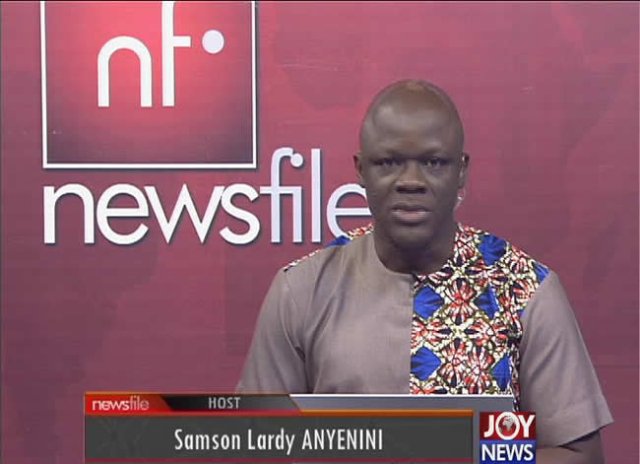 I went to Legon in 1999 desiring to become a lawyer, ultimately. I left Legon with this dream though undergraduate law was halted about this time. But my Literature-in-English teacher, Seidu, advised it would be great to start the journey picking courses in the humanities including Classics and English.

When I was done, I thought it would be good to use the period of national service to experience life in the media before a second degree studying law.

I held onto the dream even though I started paying my own school fees in junior secondary. It was a struggle and it was grace. I still don’t know exactly how to leverage on friendship, seek favours or use protocols even when offered. My brain seems programmed to due process and merit. So, after barely a week in the LuvFM newsroom, Editor Saeed Ali Yaqub sent me out on assignments and alone, but with sufficient instructions and guidance, and I wasn’t a dummy so the results got me immediately filing reports to the almighty JoyFM in 2003.

In the fourth month, Kwaku Sakyi-Addo told the BBC I could cover a major celebration of the Asante King at the Sports Stadium for them. In the sixth month, the BBC would hand me a job, and I remember the feeling earning Pound Sterling report after report mostly done with little or no supervision and hardly edited even by the scrutinizing editors at the BBC. It wasn’t long before managers of the Multimedia Group Limited came to Kumasi demanding I moved to JoyFM for bigger assignments.

That’s when I knew a diligent intern could achieve beyond their wildest immigrations. When I signed the contract, came to Accra and Kwaku gave me guidance to open a Forex Account with Barclays Bank, I went home, used the laptop in the kits I was handed to access and read very carefully Kwaku’s reports especially. Internship was the only journalism school and it was work, fulfilling work.

This week, an intern (a national service person) of one of Nigeria’s biggest TV stations, Channels TV, was shot while covering a protest by Shiite Muslims as they clashed with police in Abuja. He died. This week, Ghana’s Sanitation Minister was angry Adom FM would demean her “high office” by assigning an intern (Rahinatu Abdul Bach) to interview her. The Communications Minister who in opposition insisted she had no regrets calling a sitting President a “thief” urged her colleague ministers to take a cue while complaining about a “nauseating” “chronic disrespect for political office holders”.

I don’t have any problems with a politician or anybody declining interviews with interns. The manner they elect to do so could be such that it doesn’t leave immortal psychological bruises. The poor intern, reportedly, said she almost shattered her dream to be a journalist. Sometimes it may be necessary to get blunt but let’s do so with peers, older people and plain lying unrepentant fraudsters. What I have a big problem with is the needless unprofessional conduct of making that recording and making it public. The issue may have been resolved, but she obviously didn’t consent to being recorded and the rule and standard practice require that you don’t record a person or use their voice without obtaining their prior express consent.

This week, the IGP and CID boss failed, and for a third time to show up in court over the Gregory Afoko contempt case. It made me sad and all I say about the conduct is that this is not how you build a law-abiding society. Law enforcement chiefs treat the court with complete disregard by refusing to obey a simple order to attend court. Contempt is either criminal or quasi-criminal and these of all people know better that they do not require prompting to be present in court for the case. Well, except that no ordinary tax-paying citizen not-fed, not-housed, etc by the state will dare put up this conduct and be entertained.

Never! A bench warrant will be issued, sometimes even upon the very first day the suspect or contemnor fails to be present in court. We arrest and compel them to obey the law and the courts. But why do I feel the court has its verdict ready and it’s bad for these uninspiring contemptuous living-on-citizens-tax 'elders' in this town? The poor vulnerable, voting and not-powerful citizen shall speak one day about how they are treated in the name of enforcement of law and order, don’t ever forget that.

My next take should be on the NMC’s settlement panel ruling on the militia documentary. In the meantime, #WeAreJoy – our decision/policy is never to call these political party thugs threatening the peace vigilante but militia.

Sometimes it may be okay to leave people to their conscience and to God.