Sitting allowance for what? 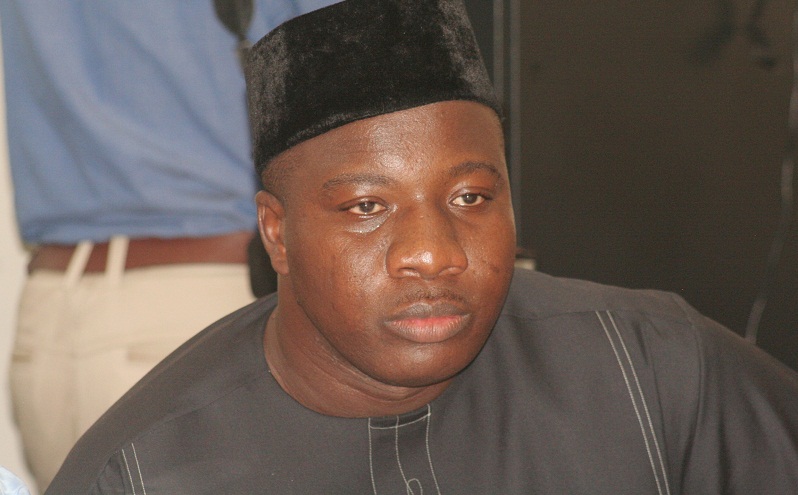 The brouhaha surrounding the alleged kickback offered members of the Parliamentary Appointments Committee (PAC) engaged in the vetting of President Addo Dankwa Akufo-Addo’s cabinet appointees-designate must be promptly resolved, in order to give the new administration the requisite opportunity to begin taking care of the people’s business in a timely fashion.

The man who reportedly made the allegation on the pathologically National Democratic Congress’ partisan Accra-based FM station Radio Gold, is the NDC-Member of Parliament for Bawku-Central, Mr. Mahama Ayariga, a man who has not himself been distant from public controversy in the recent past. I am here, of course, alluding to Mr. Ayariga’s alleged hogging of some tractors imported into the country by the last government for use by career farmers, which the Bawku-Central MP, among several other members of the erstwhile Mills-Mahama regime, was alleged to have kept for himself, instead of allowing the government-subsidized tractors to be purchased by the farmers for whom they had been reportedly imported. Mr. Ayariga would also be accused of leasing these tractors to the farmers at cutthroat fees.

Mr. Ayariga, whose elder brother, Hassan, is notorious for being strategically used by the key players of the National Democratic Congress to harass then-Candidate Akufo-Addo during the 2012 presidential election debates, has also been known to tell off citizens who bitterly complained about the government of former President John Dramani Mahama’s not being able to promptly, competently and effectively handle perennial power shortages in the country, otherwise known globally as “Dumsor.” And so, in Mr. Ayariga, we are not exactly talking about a choirboy or a politician who is widely known to have lived above board, as it were, during most of his political career. Even on the eve of his exit as Minister of the Environment, Science and Technology, Mr. Ayariga was widely alleged to have signed some contractual agreements with a local sanitation company that was largely aimed at strategically thwarting the determined efforts of the incoming Akufo-Addo Administration to significantly reducing the hazard of mounting garbage and other environmental filth in towns and cities across the country.

But what we need to be really talking about here is whether our already well-paid Members of Parliament actually deserve to be paid extra allowances and other sums of perks in taxpayers’ money for performing duties for which they had voluntarily signed up on behalf of the people, when they decided to run for election, such as vetting ministerial appointees-designate. For we are told that the alleged payola racket, in which each of the 10 minority or National Democratic Congress’ MPs sitting on the Parliamentary Appointments Committee was paid GH₵ 3,000 (the monies, we are told, have since been returned to Mr. Joseph Osei-Owusu, the chairman of the PAC) had been mistaken by the minority members on the PAC as their regular “overtime” sitting allowances. Needless to say, the country is too strapped for cash to have our parliamentarians, who are supposed to be among the front ranks of the most patriotic of the Ghanaian citizenry, live so high on the hog, as it were.

As part of the sacrificial efforts of nation-building, our MPs, like the rest of the citizens of Ghana, must be prepared to sit extra hours to help move the nation on course. They ought not to be treated like some British colonial expatriates who are in the country to do the rest of us, their constituents and mandate-holders, a favor. At any rate, it is not clear to me that Mr. Boakye-Agyarko, the Energy Minister-Designate and the man who has been accused of attempting to pass PAC muster via the flagrant act of bribery, really had any need to bribe his way through the Parliamentary Appointments Committee for at least two obvious reasons.

For starters, out of the 26 members on the PAC, only 10 are members of the minority or main opposition National Democratic Congress. Which means that approximately 62-percent of the PAC members belong to the Akufo-Addo-led New Patriotic Party (NPP). What this means is that virtually any Akufo-Addo cabinet appointee appearing before the PAC does not need the vote or approval of any minority MP on the PAC in order to be confirmed. All that candidate needs is a simple PAC majority. And so it is quite clear that somebody is simply lying to make themselves feel good and, perhaps, even morally righteous. I strongly suspect that the key to resolving this matter lies somewhere between PAC’s Chairman Osei-’Wusu, on the one hand, and Messrs. Muntaka Mubarak, the Parliamentary Minority’s Chief Whip, and Mahama Ayariga, on the other.

I also don’t know that anybody has to prove the bribe-prone tendencies of former President Mahama beyond the Ford Expedition Scandal or Payola Kanazoe. At the worst, it appears that a grossly misguided PAC member and a passionately Boakye-Agyarko partisan, who had hoped to endear his candidate to the morally piqued NDC members on the PAC, had ended up inadvertently complicating matters for both his/her candidate and the House at large. Mr. Ayariga’s quip that the members of the PAC did not have any business dealings with the alleged payola giver to presume to share dividends accruing therefrom with them, does not get the smart-alecky legislator any farther. Why even fathom such an outlandish hypothetical case scenario? Or is it really the case that the PAC has some business dealings with some who have appeared before it, from which the Energy Minister-Designate is barred?