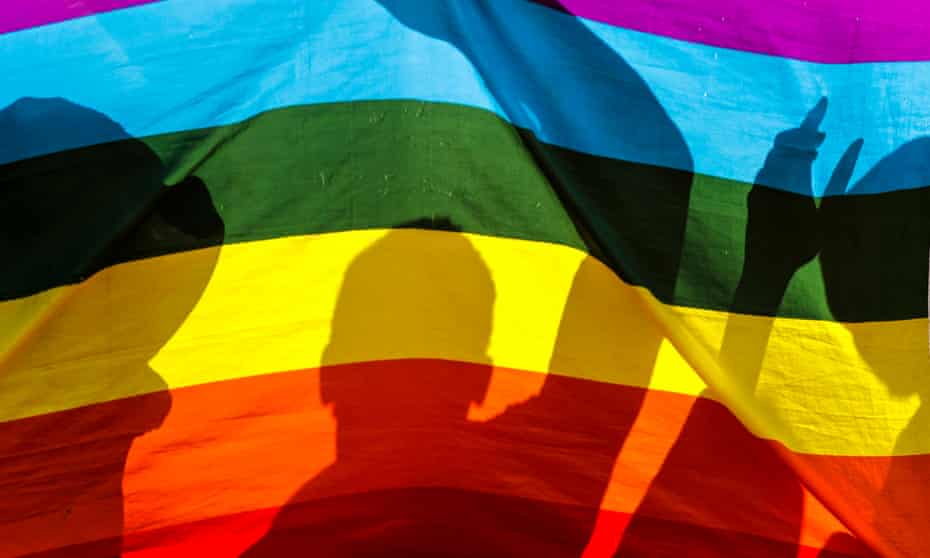 The Biblical story of Sodom and Gomorrah is a popular story. Its popularity is drawn from its association with homosexuality and the brutal destruction of the two cities by God.

Indeed, it is common knowledge that the word ‘sodomy’ takes its roots from the Biblical city of Sodom.

But is there more to it? Discernibly, the story of Sodom and Gomorrah is usually inaccurately recounted and not thoroughly appreciated.

Sodom and Gomorrah are first mentioned in the Bible in Genesis 10 but the strong reference to its sinful and wicked nature emerges in Genesis 13:13 when the Bible states that the men in the city were exceedingly wicked and very sinful against the Lord.

Per the Bible’s narration, when God decided to destroy Sodom and Gomorrah, it was because the men (and women) in the city were exceedingly sinful and wicked.

Again, from the Bible’s narration, there was a near universal state of wickedness and sinfulness, and this was aptly expressed in the dialogue between God and Abraham prior to the destruction of the two cities.

While negotiating for the reversal of God’s wrath, God accepted Abraham proposal that if he (Abraham) could find only 10 righteous men in the two cities, He (God) would not destroy them (Gen. 18: 16-23).

Alas, it was obvious that even 10 righteous men could not be found and that led to the destruction of Sodom and Gomorrah. Clearly, the cities were not destroyed solely because of the activities of homosexuals.

Other Allusions to Sodom and Gomorrah

It cannot be denied that the final straw was the attempt by some male inhabitants of Sodom to rape the angels sent to the city.

Yet, the fallacy of the popular reference to Sodom and Gomorrah as a unique case of the expression of God’s wrath solely because of homosexuality, is very evident in the Bible.

A few examples may suffice; in the Book of Jeremiah, God lashed out at the prophets of Jerusalem for their lies and adultery and likened that to the sins of the people of Sodom and Gomorrah: “But in the prophets of Jerusalem I have seen a more shocking thing: they commit adultery and walk in lies; they strengthen the hands of evildoers, so that no one turns from wickedness; all of them have become like Sodom to me, and its inhabitants like Gomorrah (Jeremiah 23:14)”.

Similarly, in Ezekiel 16, God criticized Israel, as the people were steeped in idol worship, and He accused them of doing worse than Sodom. He provided a hint of the sins and wickedness of Sodom: “As surely as I live, declares the Sovereign Lord, your sister Sodom and her daughters never did what you and your daughters have done.

“Now this was the sin of your sister Sodom: She and her daughters were arrogant, overfed and unconcerned; they did not help the poor and needy.

They were haughty and did detestable things before me. Therefore, I did away with them as you have seen” (Ezekiel 16: 48-50).

Again, in Jeremiah 50 & 51, God hints of the destruction of Babylon and the sins of the once great city were laid out: Arrogance, Idolatry, Oppression/Persecution of God’s Chosen People, Defilement of the Temple; “As I overthrew Sodom and Gomorrah along with their neighboring towns,” declares the Lord, “so no one will live there; no people will dwell in it (Jeremiah 50:40).

In the New Testament, Jesus Christ on a couple of occasions cited Sodom and Gomorrah and noted that a city that did not receive the message of Salvation or the Disciples was more doomed than Sodom and Gomorrah. “And whosoever shall not receive you, nor hear your words, when ye depart out of that house or city, shake off the dust from your feet. Verily I say unto you, It shall be more tolerable for the land of Sodom and Gomorrah in the day of judgement, than for that city (Matthew 10:14)”.

Evidently, homosexuality may just be one part of the jigsaw: idolatry, arrogance, neglect of the poor and needy, oppression, defiling the temple, adultery, fornication, rejecting God’s Word are all sins that were spoken off as despicable and inviting the wrath of God.

There is a disturbingly dangerous reference to homosexuality as perhaps the most important sin to be avoided to save the world from God’s wrath. Biblical stories including the story of the flood in Noah’s time and the destruction of Babylon and the cities of Sodom and Gomorrah tell a different story.

There is the likelihood of falling into the trap of false-righteousness and sin-denial whereby other sins and forms of wickedness are de-emphasised or sometimes even glorified, and homosexuality is exclusively over-emphasized and criminalized just to instill a false sense of societal righteousness or piety.

Should homosexuality be legalized?

We should never legalise homosexuality, transgender activities/procedures, same sex marriage etc. or even encourage such acts. Religiously, these acts are sinful; culturally, they are distasteful; socially, they are unwelcome, anti-procreation and threaten human survival; health-wise, they are a killer, particularly, in a country like ours where poverty and diseases remain serious challenges and this is evident in the HIV/AIDS prevalence rate among homosexual men.

Yet, criminalization of these acts can send wrong signals to society and fester a culture of what may be erroneously perceived as ‘justifiable hate and violence’ against LGBTQI+ individuals from members of the public. The tag ‘crime’ coupled with the strong religious, cultural and social aversion, have the potential to empower others to act in ways that are violent and hateful.

Also, our prisons are not equipped to reform homosexuals. Indeed, prisons all over the World have traditionally been noted as breeding grounds for homosexuals. To put homosexuals in prisons will clearly be counterproductive.

Obviously, advocates of the Bill in its present form are banking their hopes that the threat of prison sentence will force people to submit to conversion treatment. While that may be likely in many cases, there is still the likelihood that some individuals may defy such threats, refuse conversion treatment and rather opt for jail time.

Perhaps, one of the strong positive points that the debate has generated is one that borders on the provision of approved medical treatment for LGBTQI+ individuals. It is an area more energy should, maybe, be channeled into to help address the threat such activities pose to society.

The view that religious organisations such as the Churches are prepared to sponsor the prosecution of alleged homosexuals attacks the very foundation and mandate of religious organisations. For instance, there can be absolutely no justification for the Christian Church to fund the prosecution of people perceived to be sinners and criminals. That is not the mandate of the Church and flies in the face of the Gospel of Salvation.

It, perhaps, also mirrors a fallen state of many Christian churches, which have now become Spiritually powerless and are beginning to seek refuge in the law of the World. In Christian religious terms, it may reflect a Pharisee dimension of a strict enforcement of a Worldly law without any lacunae for Spiritual salvation or human kindness.

The Church should be seen as a Spiritually potent force that should drive the reformation and conversion of homosexuals and other LGBTQI+ individuals with the help of medical science, righteous advocacy and effective counseling services. To project a cause for the criminal prosecution of LGBTQI+ persons may be unchristian and may also fuel a state of spiritual bankruptcy of the modern Church.

The Bill should be revised to reflect a greater sense of realism, human kindness and love. In principle, it is a good move because it seeks to discourage LGBTQI+ acts, yet, in substance, it obviously indulges in some form of extremism by seeking to criminalise such sexual orientations, some were innocently drawn into as minors or perhaps are inclined to because of hormonal abnormalities or deficiencies.

The undue politicization of the issues by some individuals and religious institutions should also be discouraged as it threatens a dispassionate and effective analysis of the issue.