Tackling the threatening menace of kidnapping 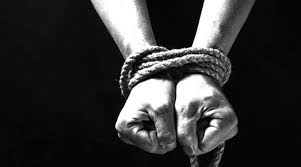 Ghana is internationally reputed as one of the most peaceful countries in the world compared to others around the globe but recent grapplings with kidnapping seem to threaten that reputation.

Kidnapping in recent times has become a global and historic canker in countries such as Nigeria, United States of America (USA), Mexico and other parts of the world with its threatening menace gradually finding root in these nations.

Mexico also recorded 105,682 kidnapping cases. Kidnapping in the books of criminal law is defined as the unlawful carrying away and confinement of a person against his or her will.

It can also be said to be the abduction and holding of a person captive, typically to obtain a ransom.

The Nigerian police intelligence Response Team (NPIRT) in 2017 arrested one Chikwudubem Onwuamadike a notorious kidnapper who faked his identity as Asare Nelson with a Ghanaian passport said to have been issued to him by the Ghana passport office.

The NPIRT later revealed that this kidnapper popularly known as Evans in Nigeria uses Ghana has his hide-out after carrying out his malicious deeds.

Indeed, this became an alarming issue which left the citizens of Ghana terrified and unsecured about their safety.

The general feeling was that if this notorious kidnapper used Ghana as his hide-out, then there were questionable gaps in our security detail.

This many assert paved way for other blatant kidnappers to troop into the country with similar agendas.

A year after this incident, kidnapping became a topical issue on the airwaves and in various households with three girls reported taken in the Western Region.

The first girl was reportedly kidnapped in August while the other two went missing in December.

A suspect named Samuel Udoetuk Wills who is currently serving a 3-year jail sentence for jailbreak has refused to disclose the whereabouts of the girls.

Meanwhile, similar cases have gradually trickled in from the Ashanti and Central Regions.These Kidnappers employ a lot of strategies in their modus operandi.

Some lure their victims with job opportunities as a number of these victims may be desperate for employment. They set a date with their unsuspecting victims who eager for a job meet them without qualms only to be taken, hostage.

Another trick these kidnappers engage in is to offer free rides as a way of attracting their victims. This method has been identified as one of the easiest ways to kidnap people most especially school children.

Most kidnappers also entice their victims with irresistible gifts thereby gaining their trust before they move in to commit the atrocious act.

This growing trend of taking people has posed major headaches for the security services especially as the issue of the 3 missing Takoradi girls remains unsolved.

Ghanaians have taken to social media to mount pressure on the security agencies and government to bring back the three girls who have gone missing in Takoradi in the Western Region within the last few months.

Using various hashtags including #BringBackOurTaadiGirls, they have asked the police to go the extra mile to ensure that the victims, Ruth Love Quayson, Priscilla Blessing Bentum and Priscilla Koranchie be brought home.

This campaign seemed to have paid off when the Head of the Criminal Investigations Department (CID) of the Ghana Police Service, COP Maame Yaa Tiwaa Addo-Danquah announced that they had located the kidnapped girls.

She will later eat back her words suggesting that her words were “misunderstood” and her gesture was intended to ‘give the family hope’ dashing any initial expectations of getting the girls back to their families and loved ones anytime soon.

Nonetheless, the police service has reiterated its commitment to unravelling the mystery surrounding the kidnapping.

Officers from specialized units of the CID including the Counterterrorism and Special Weapon and Tactics Units have been put on the case.

Ghanaians are counting on their expertise to locate the girls and get them reunited with their families soon.

The general public has also been called on to stay vigilant and on the lookout for any suspicious movements that may seem unusual and must not hesitate in reporting such activities to the police.

It is only when the public provides credible intelligence to the security agencies can we quickly nip this growing phenomenon in the bud, find the missing girls and quickly return them to their families.