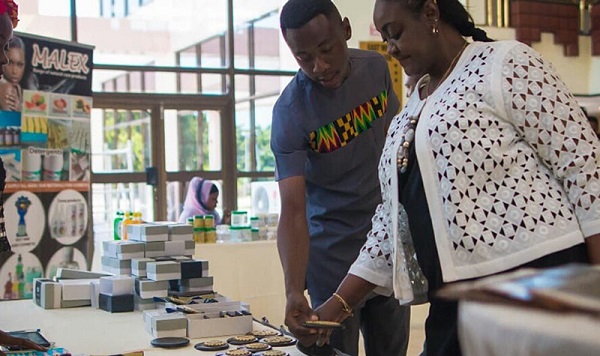 A young Ghanaian entrepreneur Epton Owusu quit his banking job to position Ghanaian-made Kente to compete on the global scale.

After frequent fire outbreaks at the Kumasi Central market in 2016 and 2017, and a planned demolition exercise to clear up space, countless business were on the verge of closing, including Epton Owusu’s ‘14 family’s Kente business.

Epton had grown up around Kente, one of Ghana’s most indigenous cloths and storied piece of cultural identity. The family came into the business two generations ago, when his grandmother started trading the cloth in her teens. She would later pass it on to her daughter, Epton’s mother, who for the next 40 years, grew and expanded the business. 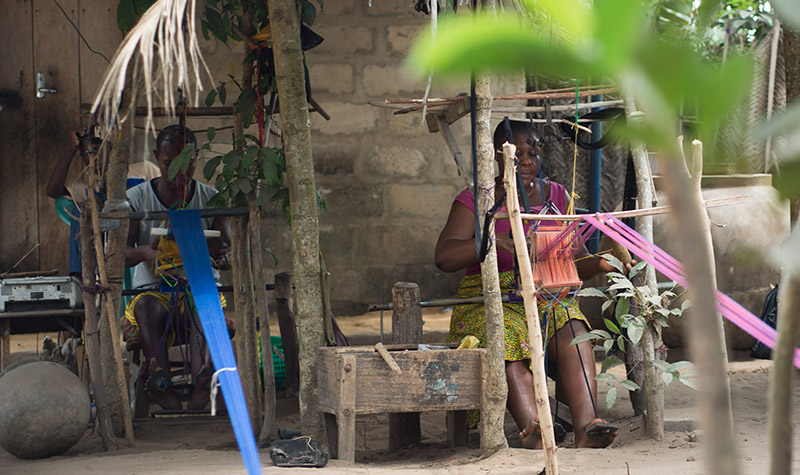 “The potential closing down and the fires posed a major threat to the survival of a longstanding family trade - the Kente business,” he explained.” This made me very uneasy. As such, I had to think of creative ways to preserve the family legacy, make it sustainable and position it digitally to compete on a global scale. Thus, the conceptualisation of Woven Africa.”

Epton promptly abandoned his investment banking job, and dived headlong into the kente business, founding Woven Africa, alongside two other alums. He was immediately faced with his first hurdle - sourcing the kente while trying to raise money. 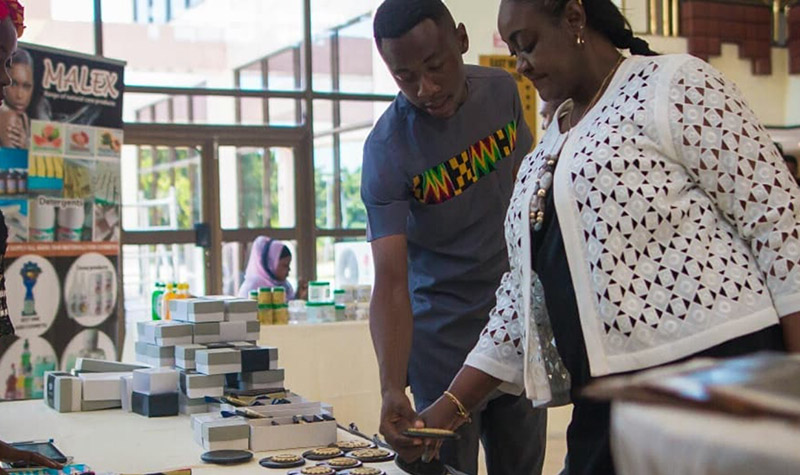 “I did not have enough capital to start producing the full cloth,” he explained. “For this reason, I had to think of ways to break down the kente business into fragments to make the business commercial and manageable. Hence, the kente stole came into mind. I noticed this product was a popular accessory in the United States, among African American and Hispanic high school and college graduates. I also realised colleges and high schools in Ghana were picking up on the trend, using kente stoles as part of the graduation regalia. Here, I found a way to tap into the market and send the traditional cloth as far as possible." 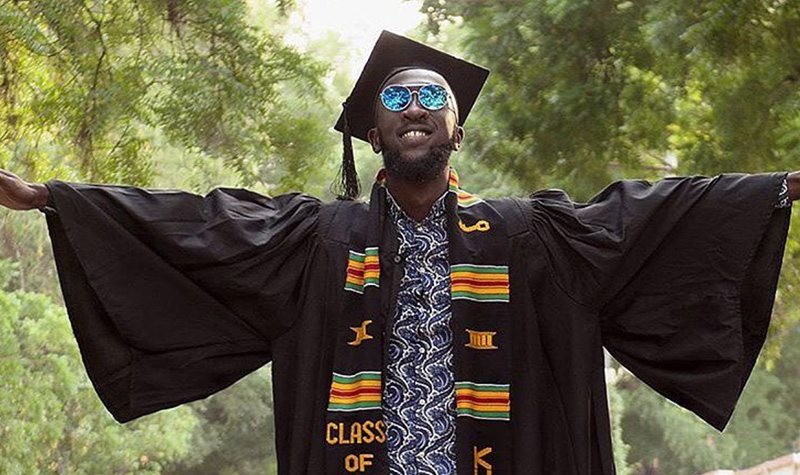 In over a year, Woven Africa has grown steadily, serving multiple clients in Ghana and in the diaspora. To ensure quality production, Epton shuffles between the Volta and Ashanti region, sourcing kente from some of the indigenous weaving towns in Ghana. In some of the villages, he has helped build a collective of weavers who are benefitting from contracts he brings them, and today his supply chain model is helping to serve close to 20 small weaving families throughout villages in the Ashanti and Volta regions.
“Most of the kente weaving towns are becoming ghost towns, with the youth either migrating to Accra, or to Kumasi, in search of greener pastures,” he explained. “With a constant stream of income, these people can stay and continue to help produce some of the best kente for the world.”

On a daily basis, Epton is on the go, meeting with clients and potential clients, working with weavers and designers in producing new designs, all on a mission to push kente beyond the shores of Ghana. In recent months, the business has also started producing wooden carvings to its product line.