Video : Josephine Hebidzi defies all odds to become first female to excel in BECE at Odumprala 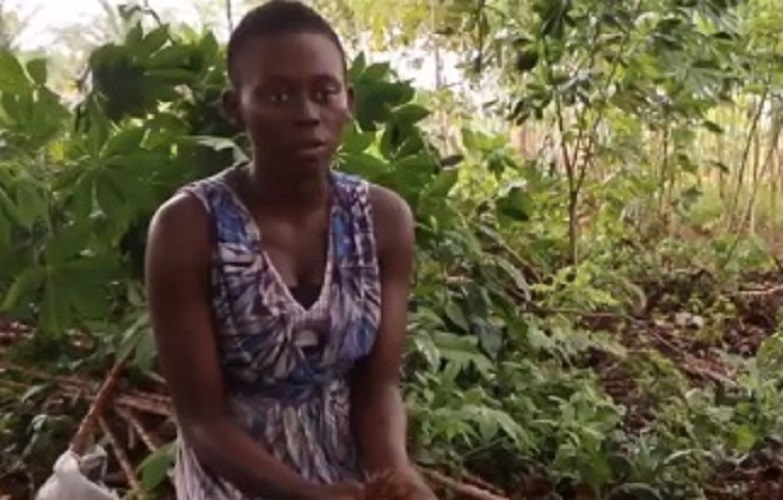 Teenage Pregnancy and high poverty rate are the main barriers of young girls in acquiring higher levels of education in Odumprala, a community in the Ga South District of the Greater Accra Region.

Odumprala is one of the several communities with a rising number of teenage pregnancies. The issue also affects Paanor, Kofikwei, Papaase, Kweku Panfo, Obom and several other communities in the district.

The community is close to Adeiso in the Eastern Region and well-known for farming and motor riding. The indigenes are generally poor and well below the middle-income level.

This has been a problem not just for the traditional council, but also for non-governmental organisations who step in to correct the deteriorating lifestyle in Odumprala.

The problem persists because many of the girls in these communities do not attend school or drop out at a very young age.

Due to the low level of education in the area, parents do not see the essence of educating their girlchild and do not take critical care of them because of poverty and also with the mentality that the place for girls is the kitchen.

Due to this, females barely complete JHS or even get good grades in the Basic Education Certificate Examination, BECE.

After years of beating down the odds Josephine Hebidzi, a 17-year-old girl acquired a good grade in the 2019 BECE.

However, not everything has been rosy for Josephine. Describing the situation around her as 'unfortunate' she told PrimeNewsGhana, ''I know what I want to achieve in life, that kept me serious''.

Josephine's experience, however, happens to be the exception, as most of her closest friends have fallen off along the way and given up to the life in Odumprala.

It is not all gloomy for young females in Odumprala as the story of the 17-year-old Josephine Hebidzi shows.

These girls drop out of school due to lack of parental care and guidance and poverty. This canker has been ongoing for quite some years and affecting the girlchild in diverse ways.

Due to the inability of parents to cater for their wards, the girls fall prey to ''motor riders' in the area.

Josephine had aggregate 15 and has been placed to her first choice school, Asamankese Senior High School.

Since the school started partaking BECE in 2010, no female has acquired such a grade and is the best ever achieved. She has made history not only in the area but the 7 circuits of Ga South.

With her 'tremendous performance', Josephine has no hope of attending SHS though free SHS is ongoing due to poverty in her family.

She, therefore, appeals to the public to assist with items for school to further her education, realize her dream of becoming a journalist and break the chain of poverty in her family. 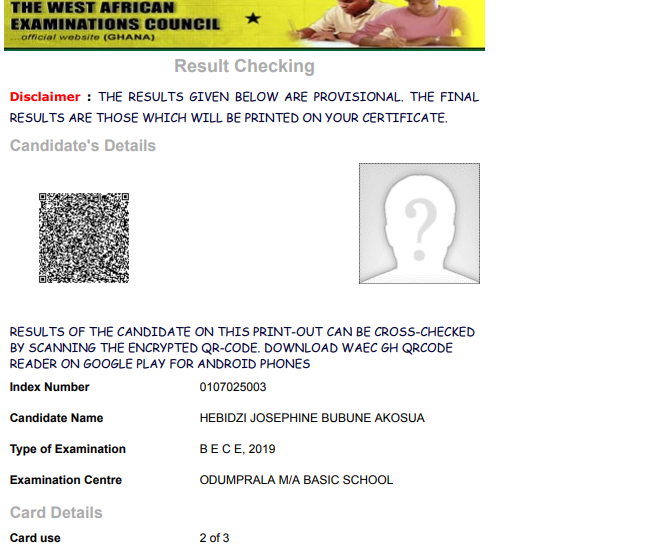 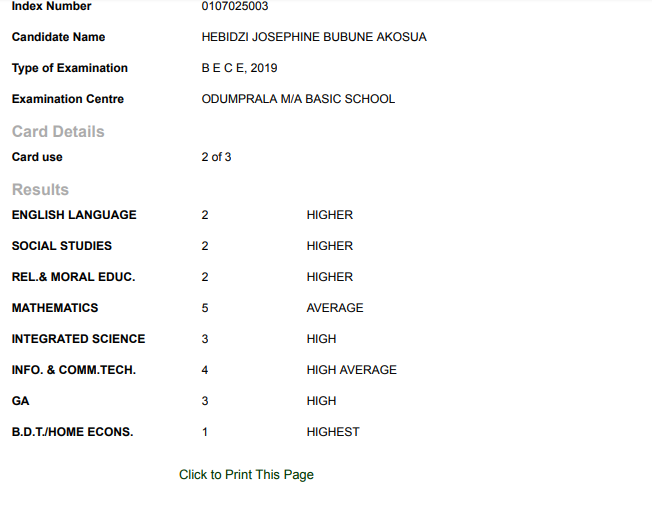