Why Nkrabeah Effah Dartey is defending Aisha Huang; Inside story 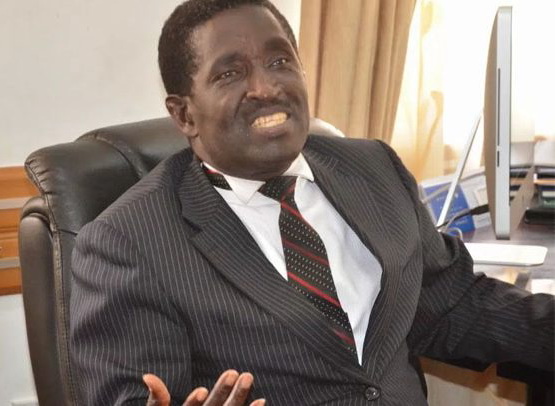 Let me begin this article by sounding a note of caution or call it a disclaimer. In law there is an offence known as SUB JUDICE which simply means discussing an ongoing case in public with the view to influencing the mind of the jury or the Court.

I innocently and fully absolve all media houses who will publish this article from blame. I will try as a lawyer to stay clear from commentary on what is going on in the courtroom, but if anybody should think there is a cause for SUBJUDICE I alone am responsible.

The dream of every Court going lawyer is to get that one magic case that will propel the lawyer into stardom I will not say that I am already a star in the Ghanaian Courtroom, but ...

Right from the Ghana Law School and beyond by experience, all these years I NEVER go to Court unless I have been fully paid by a client or where as a matter of christian policy I decide to do the case pro bono.

I come from a very humble background so my sympathies are always with the deprived.

The case of the Republic v Aiasha Huang and 3 others travelled a very long distance before Justice Biaden’sCourt. All through 2018 we went to Court, and I had the opportunity to cross examine all the witnesses. They were on bail, and two of the accused persons jumped bail, and the Court became apprehensive.

His Lordship Mr Justice Ekow Biaden the presiding justice had no option but to strike out the case and discharge the accused.

In fact I was confused. So far, apart from a few points here and there Justice Biaden had been very FAIR in the trial, and it appeared that all things going the same way, my client was going to be Acquitted and Discharged. Why nolle prosequi?

The Akans say that Otumfuo removes his ring over the shoulders. Government can do anything. Very well. Let us go, Aisha case over. No no, protests the Immigration officers around - Counsel, we want to take your client for some documentation and later you have her.

The next thing I heard was that AISHA HUANG has been flown out of Ghana back home to China. Howly? What happened? She called me on phone from China saying they just put her in a plane and flew her out of Ghana.

As a lawyer I know that the political authority had allthe power to throw out any foreigner out of the land, but, I wondered: Aisha Huang? What is so special about this diminutive Chinese woman to cause such political interest?

In fact, upon sober reflection, the conclusion I came to was that Aisha’s case was so bad that the Court MIGHT be compelled to ACQUIT her and if that happens it will be a big blow to Government, so why not truncate the trial altogether? Send her out of Ghana.

Very well- but not very well, because I kept on hearing messages from BNI staff that there is a suspect in their cells who wanted to see me - and I won’t go unless I am paid!!!!!

Finally I was compelled by my conscience to send my son, Lawyer Divine, who went, spent THREE HOURS without seeing her and came back. The pressure mounted I sent female lawyer, FAFA, who, after two hours, met AISHA, and then one thing led to another and now I and the lawyers in this firm, NKRABEAH & ASSOCIATES together with other law firms are jointly representing AISHA HUANG.

I am walking on a very tightrope against SUBJUDICE so I will NOT say anything whatsoever about the core matter in the Courtroom on the many applications I have made for bail and been refused, whether my Lord’s basis for denying bail is proper or improper and so on .. LET THE LAW WORK, ON………..

But let me use these pages to address the uninformed about the NUANCES of the law, generally.

All over the world, not only in Ghana, the basic presumption of the law is that a person is presumed INNOCENT until proved guilty and so pronounced by a Court of Competent Jurisdiction.

Most unfortunately, human life, from generation to generation works almost by “word of mouth” and negative tongues with dirty agenda soil human reputation, almost with no redress.

BUT YET WHEN I CONTESTED LEGON SRC ELECTIONS I LOST BECAUSE ONE COMMONWEALTH HALL STUDENT CONFESSED OPENLY THAT HE USED WHITE CHALK TO WRITE ON WALLS IN SOME HALLS THAT I WAS CORRUPT AS JCR PRESIDENT…………….

Even though subsequently he died I still find it or very hard to forgive him - reader, for no reason, every bitterness, sheer hatred, people soil other people’s names with raw inventious, calumny and terrible lies, and if you don’t get a day in Court, if you don’t get a lawyer to defend you, if you don’t get a judge who will be IMPARTIAL and FAIR they will be pushing you slowly to a shallow grave.

Reader, it is terrible.

When I pleaded with the Court and pleaded with the Judge to transfer her to prison custody, BNI woke up from their slumber and set up an 11 – man panel and reader, 11 man panel, to interview this girl for THREE days, hunting for excuses to nail her.

What amuses me beyond tolerance levels are comments by those educated in our society who ought to know better, making all manner of accusations against me, for the crime of being lawyer for AISHA HUANG.

The other day the noisy Captain Smart was literally calling me a fool for claring to defend AISHA but when he went foul of the law he sought refuge in lawyers coming to his defence.

Let me make the records straight - when I was Deputy Minister of State from May 2001 to May 2006 I NEVER STEPPED IN THE COURTROOM. Right now I am a private legal practitioner, subject to the Ghana Bar Association, licensed to practice, my number is e/GAR /02094/22.

The other day at Nkawkaw High Court I was humbled to my knees when after openly stating that I was 37 years at the Bar, the next lawyer opposing me quietly told the Court. “I am 53 years at the Bar!!!”

If it were to have been Achimota School I would have been described as a “NINO BOY ….”

Reader, let us pray for AISHA HUANG. Let all of us do our work, sincerely and humbly, and let the TRUTH come out. LET JUSTICE PREVAIL.

Is this our land not of FREEDOM AND JUSTICE??