Why the NPP isn’t focused on any specific campaign message 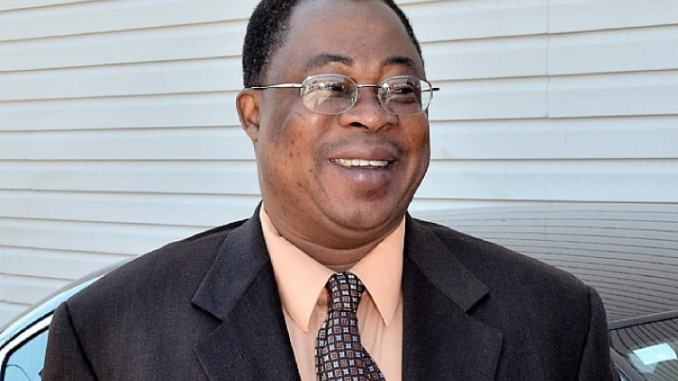 Because it is confident that the voters will be more swayed by their own living conditions to vote against President Mahama than anything else, having exhausted its arsenal of promise-making and being left with nothing else but loud-mouthed criticisms, “takashi”, and “patapaa”(intimidation). But is that enough to win it Election 2016? Folks, in assessing the electioneering campaign strategies of the political parties toward Election 2016, it is clear that even though we are not yet in the main season, a lot is happening to tell us how the tide flows.

The Mahama-led administration insists that it has laid a solid foundation by satisfying the electorate with development projects and tackling longstanding major national problems such as “Dumsor” to warrant its being retained in power so it an turn attention to other aspects of governance. As President Mahama has put it, a further four-year term for him will enable him to ensure that money is put in the pockets of Ghanaians. Whatever that claim portends, it suggests that President Mahama feels his government has done enough in broad terms and will use its next tenure to concentrate on policies and programmes to enrich the lives of Ghanaians. It means doing what will reduce the cost of living or give the people the means to cope with it.

Those opposed to his bid for a second term have so far not given us anything new with which to assess the situation. They have remained fixated on abject criticism, outright peddling of rumours, scaremongering, and tribal politics disguised as a campaign of fellow-feeling. They are no more making copious promises but are insistent on being given the mandate because of their self-serving claims that President Mahama is incompetent or has failed.

So far, nothing new has come from the NPP front to make the difference in how it wants to approach Election 2016. If it is not confronting the EC or denigrating the NDC administration, then, it is flexing muscle to engage in a useless wordy warfare. There is still preference for their favoured political strategy—issuing threats, intimidating opponents, physically attacking opponents or property of opposing political parties, and many others.

On his part, Dr. Nduom and his PPP continue to tout their own worthiness, even as nothing exists to prove that they are firm on the ground. It’s all a campaign of wishful thinking on the basis of an individual’s success in business management and expansion of his private economic concerns. The misconception here is that success in business can be automatically translated into success in politics and the management of Ghana’s affairs. Deceptive!!

The CPP front has Ivor Greenstreet in the saddle but isn’t going anywhere because it has no traction. No constituency in the country exists for it. So, all the noise coming from Greenstreet reaches nowhere to woo voters.

I have nothing specifically relevant from the other mushroom parties (the PNC and its Dr. Edwards Mahama) and any other that exists in the imagination of its leader or in the media for whatever noise it makes just to prove that it still remains a legal entity, registered and acknowledged as such by the EC.

Where am I heading toward? I want to say that politicking toward Election 2016 seems to be offering Ghanaians nothing new. All that is doing the rounds has already been heard before. Those who lost Elections 2008 and 2012 haven’t changed their tune (After all, retaining the losers means getting nothing new from them to change the equation, clearly because they haven’t learnt any lesson from previous elections to add value to themselves). In that sense, should we be surprised that they have no convincing campaign message for the electorate?
Well, it may be so. But certain opinions suggest that they don’t need any message because the voters themselves already know what they need to know to inform their electoral decision. In clear terms, the position is that “he who feels it, knows it” (as the Jamaican reggae musician puts it). Thus, the electorate will not need any message to decide how to vote. They will be informed by their living conditions under President Mahama’s watch. This stance seems to fit into the NPP’s message for Election 2000 (“Hwe w’asetena mo na tu aba pa”), which didn’t win Kufuor the elections outright. But for the support of the mushroom parties, he couldn’t have won the run-off. So, now that the same tune seems to be on air, what next?
Will the voters simply write off President Mahama in favour of Akufo-Addo? Or will this feeling that President Mahama is incompetent be enough of a campaign message?

To make the matter more pointed, I reproduce verbatim a comment at ModernGhana.com a reader of my opinion piece (“So soon, a “victory ram” for President Mahama) that speaks a lot to why the NPP may not want to hinge its campaign on any specific message:

“Dr Borkor, I know you are an NDC supporter, so am I. The difference between the two of us is that I have now gone off Mahama because he is so INCOMPETENT. What is more, you live in the USA but I live in Ghana and as such can SEE first-hand the damage Mahama is doing to the country. The bottom line is Mahama is NOT a CLEVER person and as such he does not know how to move the country forward.

I want Mahama to LOSE on November 7 to give the country a chance to breathe and to recover. Mahama would be better off teaching English Literature at University of Ghana, Legon. Better still, he had said in the past that he would be a cocoa farmer when he was no longer in politics. Let us give John Dramani Mahama the chance on November 7 to become a cocoa farmer. Maybe he will make a better cocoa farmer than he is president. He is NOT cut out to be president; I am not saying Akufo-Addo is either!

If Ghanaians make the mistake of voting for Mahama on November 7, it will mean Ghanaians will be in the doldrums for another FOUR, PAINFUL WASTEFUL years. Mahama is just not doing anything tangible to HELP this country for the simple reason that he is at a DEAD END as far as his abilities are concerned. The kind of politics required to move Ghana forward is a BOLD one, and Mahama is NOT a bold person. He is hiding behind IMF’s politics and economics (political economy), which is detrimental to a developing country such as Ghana. We Ghanaians must show POLITICAL MATURITY on November 7 by trying someone new.

Here is the deal. Ghanaians should take a good look at Ivor Greenstreet and Kwesi Nduom to see if we can take a risk with one of them. (The GBC should organise US-style presidential debates for the NDC, NPP, CPP and PPP so that we can take a CLOSER look at these candidates.) If the prospect of Greenstreet or Nduom is too risky, then we must take a chance with the NPP; anything is BETTER than Mahama. The plus side for electing the NPP will be that Bawumia, who in my books is cleverer than Mahama, might help MOVE the country forward. The negative side will be the NPP might move the Bank of Ghana (BoG) to the tax haven of Panama for their convenience! This is a risk we must be prepared to take.

Another FOUR years of Mahama will COLLAPSE the country! Ghana is at the “point of inflection”; it needs bold and drastic measures. The Ghanaian electorate is not sophisticated; therefore, it is likely Mahama can manipulate it and win on November 7. However, that will be a HALLOW victory because it is not a question of winning power, but whether the power can be put to good use.

Accra, not to mention Tema and Kumasi, has become so SHABBY and DIRTY that it is only someone as BENIGHTED as Mahama who cannot see the significance of keeping a clean environment! He never talks about how he plans to remove the dirt and sludge, which is in almost every gutter in Accra, and how he plans to clean the filth that is ENGULFING our major towns and cities and the wider environment. A monkey would do a better job than Mahama. A monkey would have enough intelligence to know that we need to CLEAN our environment and BUILD our shattered roads. Some of the roads in Accra are so ineffably shattered that I do not know why Mahama keeps BOASTING about building roads”. (See http://members.modernghana.com/GhanaHome/columnist/admin/listblogs.asp?saction=comments&id=689169#comments).

Folks, the comment is really loaded and reflect the thinking of someone who has his own beef against President Mahama. I don’t intend to unpack, even if I want to fault the writer for being so intemperate and misguided in his attitude toward the President. He seems not to know what a President is constitutionally mandated to do or not. I don’t think that it is the responsibility of the President to clean our gutters or living spaces. Why was the National Sanitation Day launched by President Mahama? So he will physically clean the country or so the citizens will be responsible enough to do so themselves?

I have already written an opinion piece to say that President Mahama is not Ghana’s problems and that Ghanaians are their own 9and their country’s) problem. Anybody thinking otherwise will only be helping his opponents fail to hit the campaign trail with messages to woo the electorate. Is the NPP falling into this trap?
I shall return…

The author can be reached by E-mail: mjbokor@yahoo.com or Facebook at

to continue the conversation.