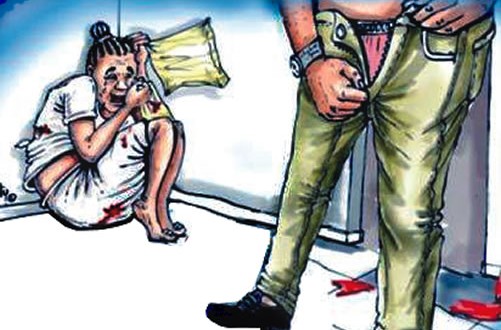 A 26-year old second-hand shoe dealer has been arrested by the police for defiling a 13-year-old girl for 3 days in the Kwabre town of Jumanafour in the Ashanti Region.

The suspect Richard Nti after abducting and defiling the girl also demanded a GHC15,000 ransom from the parents of the young girl before releasing her.

Reports indicate that about 7:00 pm on July 20, 2020, Richard Nti is said to have taken his victim to the Kwabre town of Jumanafour which is about 20 kilometres from Bantama in Kumasi.

He lured the young girl using her own sister's phone. Police say he sexually abused the girl several times.

"The suspect was demanding a ransom of GHC15,000 through the victim's phone, the family then had to agree on GHC5,000 which he also agreed. With the assistance of a network provider, we were able to track and know the identity of the suspect and the area he was calling from. He got to know his identity has been known so he abandoned the victim at Santasi area around 3:00 am. When the young girl was questioned she was able to mention the name of the suspect and told us she was defiled".

Richard Nti was later arrested and will now be put before the court and made to face the full rigorous of the law if found guilty.

In another development police in the Savannah Region have begun a manhunt for killers of a 90-year-old woman who was accused of being a witch.

The woman was lynched by some youth of Kafaba after a soothsayer declared her a witch.