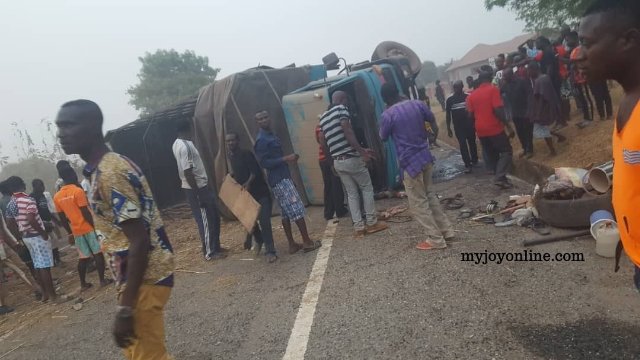 Seven people have died as the vehicle they were travelling in from Osramani to Gyasayo in the Krachi West District of the Oti region was involved in an accident, Saturday.

According to Joy FM's report, 51 others who are in critical condition have been rushed to the hospital.

Some of the passengers were Seventh Day Adventist (SDA) students returning from the funeral of their headmaster, Theo Yaw John.

One of the victims said upon reaching Monkra, a passenger pleaded with the driver to stop so she could attend to natureâ€™s call.

The passenger who gave her name only as Vivian said, the driver attempted to stop but because he was speeding he was not able to do so forcing the car to skid off the road into the gutters.

The can Rhino cargo truck then somersaulted twice, the victim said.