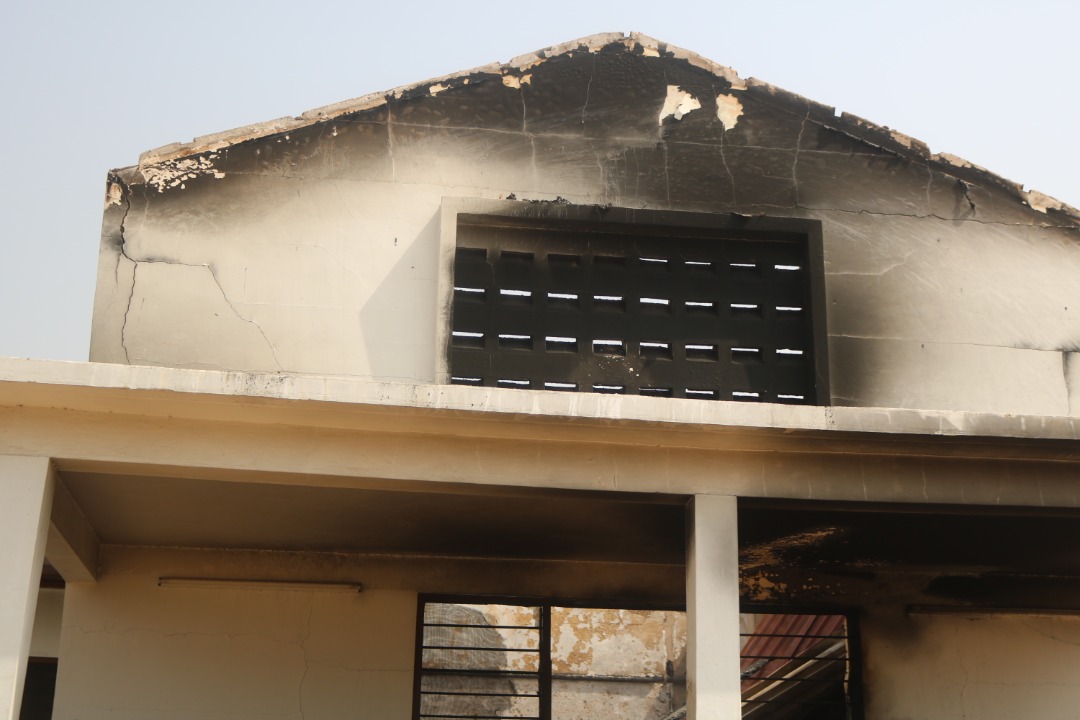 Authorities of Accra Academy are calling on the government and the public to help rehabilitate the dormitory which was gutted by fire on Wednesday.

Addressing a delegation from the Accra Regional Police Command on Thursday, Board Chair of the school Wilson Teye said the extent of damage is yet to be ascertained.

According to him, the school will need help to replace books lost in the fire and rehabilitate the burnt dormitory.

"Now our major problem is where to put the children because we don't have a lot of boarding space, now we need to evaluate the real cause of the fire and then we will be seeking help base on the help we need, but on the top of my head I can say that we will need help to rehabilitate the dormitory, for now, we will need help to house the young people and then also after the evaluation of things the student lost like books that belong to the state, the state has to come back and replace them..."

Portions of Accra Academy near Kaneshie in Accra have been gutted by fire.

The fire which is said to have started at around 7 pm on Wednesday reportedly engulfed parts of some dormitories – Alema and Halm Addo halls – while the students were in their classrooms during prep time.

Students have reportedly been evacuated to prevent any loss of lives as some personal property have already been lost in the flames.

However, it is unclear what triggered the incident.