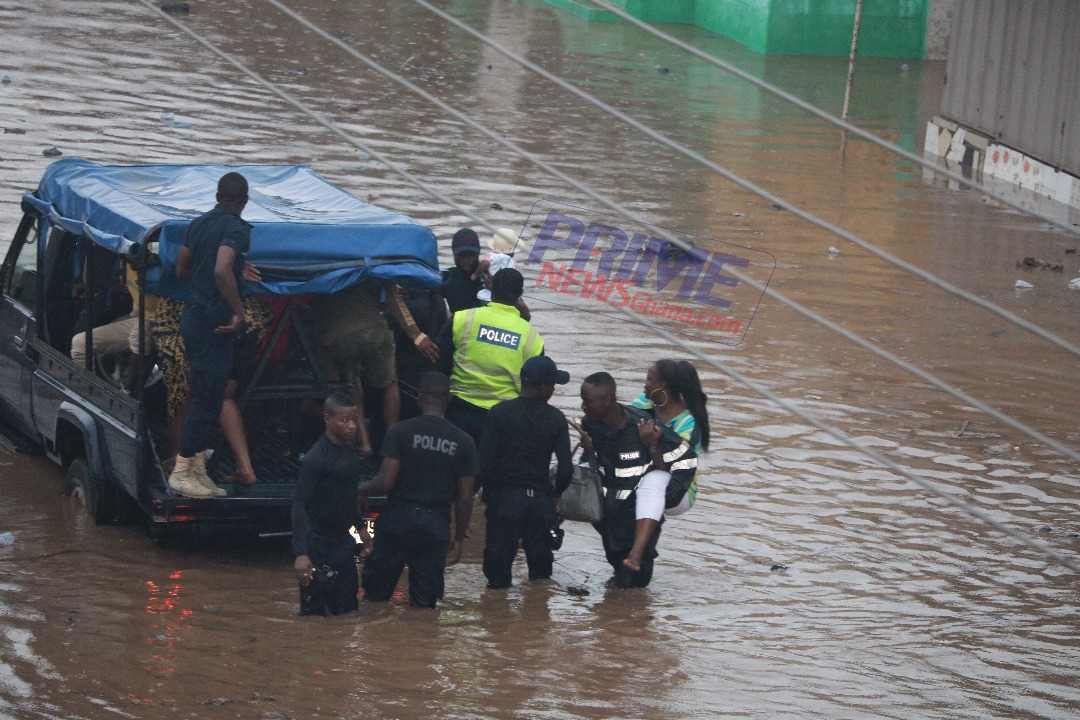 The Works and Housing Minister, Samuel Atta Akyea, says desilting the Odaw drains is one of the ''useless'' exercises he has witnessed as a Minister.

According to Mr Atta Akyea without an attitudinal change in the handling of filth, desilting of the drains will be unnecessary. This follows a social media circulation of a woman who was captured in a video disposing rubbish into a drain during last Wednesday's rains.

Speaking on Starr FM the Works and Housing Minister said :

“One of the most painful things that I have seen as a Minister is this useless exercise called desilting.“We have open drains in Ghana which I’m saying is antiquated. The world over every filth goes underground. They say that the drains should be subterranean so you don’t see the filth.“

“So if you look at it from a very…very engineering perspective the cause of the major flooding in this country are attitudes. How’s that? We take what is filthy in our house and dump them in the open drains, they get choked, when we have heavy downpour instead of the chambers of the drains receiving the water into the designated areas they spill over and we have flooding.''

The National Disaster Management Organisation (NADMO) confirmed the death of three people in the most recent flooding in the capital on Wednesday, May 29 after a heavy downpour.

The downpour led to the flooding of several parts of Accra, notable among the flooded areas in the capital included, the Kwame Nkrumah Circle, Odawna, Asylum down, Adabraka and Dome.

Meanwhile, Dredging and haulage operations in the Odaw channel and Korle Lagoon started in April 2019 and according to the company in charge, Dredge Masters, it had so far desilted over one million cubic meters of waste material from the Odaw River and Korle Lagoon.

Dredge Masters commenting on the flooding also said that desilting the Odaw drains reduced the flooding which occurred on  Wednesday, May 29, 2019, significantly

“The work we’ve done so far has reduced the flooding situation we witnessed at Circle recently. In fact, our work has significantly reduced flooding in the circle area,” Sena Adiepena, Operations Manager for Dredge Masters.