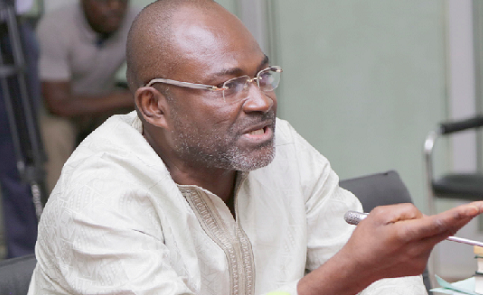 Outspoken Member of Parliament Kennedy Agyapong has been referred to Parliament’s Privileges Committee for inciting the public against murdered undercover investigator Ahmed Hussein-Suale.

Muntaka Mubarak who is the MP for Asawase today raised the issue on the floor of Parliament and said Ken Agyapong incited the public against Ahmed and that was in contempt of the House for the behaviour he believes accounted for the death of the Tiger Eye PI investigator.

“I make this complaint of contempt of Parliament against my own colleague for the embarrassment and uncalled for comments and incitement of the public against a member of the public that unfortunately led to the death of the gentleman.”

This is the second time Mr Agyapong has been referred to the Privileges Committee. In June last year, he was hauled before the Committee for describing the legislature as a useless place.

Kennedy Agyapong is to appear before the Committee for the comments and behaviour he exhibited prior to the death of Ahmed Hussien-Suale.

He displayed photographs of Ahmed Hussein-Suale on Net2 TV and called on Ghanaians to deal with Ahmed after the airing of the Number 12 documentary which sought to expose corruption in Ghana Football.

Mr Muntaka is of the view that the behaviour of the controversial MP is unacceptable and he must be made to answer for it.

“My emphasis here is the affront to the dignity of Parliament…our Standing Orders, 28, also confirms this,” he said, citing, in addition, the oath each member swears before the House when elected.

For him, Mr Agyapong’s attitude is a clear violation of not only the standing orders of the House, the oath he swore but also the laws of the country which speak clearly against inciting public or any person to engage in unlawful acts.