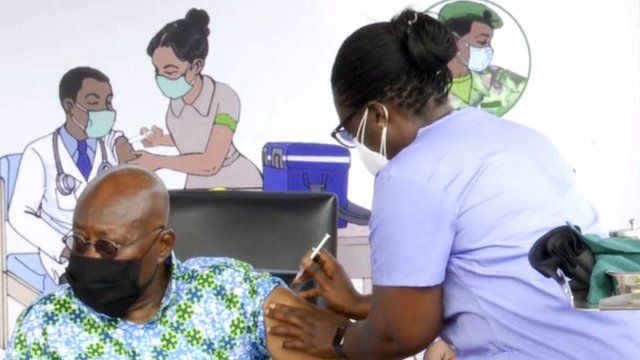 According to Health Minister Kwaku Agyeman-Manu, this is because of India's decision to temporally halt of export of Oxford-AstraZeneca coronavirus vaccines.

This he says is significantly impacting the country's vaccination plan.

Speaking to Joy News on the sidelines of the 11th Annual Africa Vaccination week in Accra, Mr Agyeman-Manu works are being done to secure more vaccines.

"So far we have received close quite a number of vaccines. All we have is AstraZeneca and we are trying to get Sputnik from Russia as well. The vaccines expected to come in have all stuck in India because of the ban. The President is making high-level diplomatic engagements and we believe that will yield results soon".

India has placed a temporary hold on all exports of the Oxford-AstraZeneca coronavirus vaccine.

They said rising cases meant domestic demand was expected to pick up in the coming weeks, and so the doses were needed for India's own rollout.

The move - described as a "temporary squeeze" by officials - is expected to affect supplies until the end of April.

Some 190 countries under the Covax scheme are likely to be affected.

The Ghana Health Service (GHS) and the Health Ministry after receiving the first consignment of Covid-19 vaccines touted their earnest efforts to procure more vaccines for the country.

President Akufo-Addo in one of his periodic address to the nation announced that the target is to procure at least 17.6 million doses and vaccinate 20 million citizens by June 2021.

But in April, the nation witnessed a setback when vaccines expected failed to arrive due to the vaccine ban imposed by the Indian government following Indiaâ€™s spike in cases.