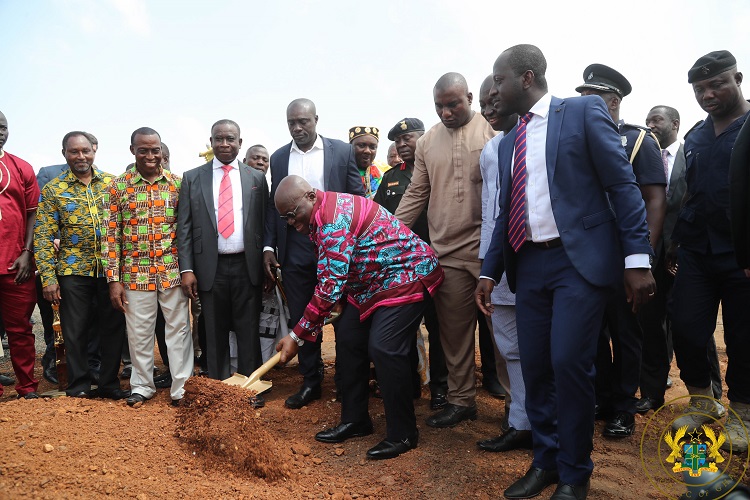 President Akufo-Addo will today April 10, 2019, cut sod for the construction of an interchange in Tamale.

This will mark the official commencement of the 1.5 billion dollar infrastructure project under the Sinohydro Master Project Agreement. The Master Project Support was agreed between Ghana and China in 2017.

The facility will cater for road infrastructure project across the sixteen regions in the country.

The one-kilometre-long interchange will link to the Kumasi road through the Point 7 road, the Central Taxi Rank, Central Market intersection with the Melcom Road and Bolgatanga Road.

The move is part of efforts to ease vehicular traffic which is building up at the central business district of the metropolis as the population grows with more people owning cars and motorcycles, causing pedestrians to wait several minutes before crossing the road.

The construction of the Interchange in Tamale will also give a facelift to the city.

The region was part of the six newly created by the NPP administration this year. The President is expected to inaugurate the Western North Regional Coordinating Council and meet with chiefs and opinion leaders.

This will be the President’s first tour of the region since its creation.

The campaign for the Western North Region ahead of the referendum, received the backing of both residents in the area and the major political parties, with senior figures from both the National Democratic Congress (NDC) and New Patriotic Party (NPP) uniting in support of its creation.

The Western North Region eventually received a 99.5 per cent overwhelming endorsement from voters in the referendum.

Sefwi Wiawso is the capital of the newly created Western North Region.