AMA pulls down over 400 structures at Jamestown 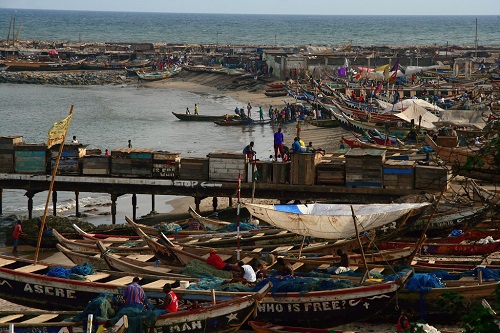 The Accra Metropolitan Assembly, AMA has pulled down over 400 structures at Jamestown in Accra.

The exercise is to pave way for the construction of the Jamestown fishing harbour.

Sub Metro Chairman of Ashiedu Keteke under the AMA Raymond Tettey said the occupants of these structures were notified to vacate the place but they refused to comply.

In a radio interview, he explained that the contractor for the project is ready to begin and the site needs to be cleared for them.

"The Minister for Transport about a month ago came to hand over the site to them for the commencement of the projects, the contractor is ready and he wants to come to the site. As Assembly, we have to come and clear the site for them to enable them to start their work and we have notified all those living here that the contractor is coming on-site so we want them to vacate so that they can work. But you know people they still have not moved that is why we are clearing the site for the contractor."

The Government of Ghana has this month officially handed over the site for the construction of the Jamestown Fishing Harbor to the Chinese engineers and contractors.

A statement by the Ghana Ports and Harbours Authority said the construction is expected to be completed in 32 months.

President Akufo-Addo cut sod on December 5, 2018, for the project which had been on the drawing board since 1965 where he stated that even though many sod-cutting ceremonies have been held by previous governments, he will ensure actual work on the grounds starts for the completion of the harbour.

The President also indicated that the construction of the harbour is being made possible by a $60 million grant by the Chinese Government.

The Deputy Minister of Transport, Daniel Titus-Glover during the handing over ceremony, revealed that the modern fishing harbour would not only constitute the fish landing sites but also include cold store facilities, market areas and other social amenities to holistically improve the livelihoods of the constituents of Odododiodioo, and Ghana at large.

“There was the need to look at, after the project is done, the storage of the fish, the processing of the fish, the marketing and distribution of the fish altogether. There is going to have a cold store, a market area and a crèche for children of these women who trade at the port,” he expressed.