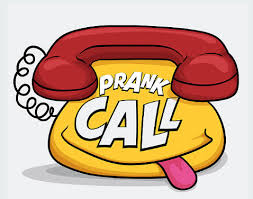 The National Ambulance Service Command Centre is advocating strict sanctions for prank callers who interrupt the work of the emergency service.

The centre today has received over 200 prank calls in just one hour.

The new emergency number 112 is to serve as a synchronize point of call for all forms of emergency, either police, NADMO or fire service.

READ ALSO: We are collaborating with BNI and National security to arrest prank callers - Fire Service

Magaret Nartey who is in charge of the command centre says they have had to deal with a lot of these prank calls and that is really affecting the efficiency of their work.

"As soon as you dial the number 112, we pick and ask basic questions for why you called, we take your name, location and contact then we relay the information to our personnel. This morning alone we have received more than 200 prank calls within an hour. For now, we do not have any procedure to either block them or report them to the police so what we have done this morning is to write all the names and numbers of all these callers and the number of times they have called and we will act on it".

President Akufo-Addo during the commissioning of over 300 ambulances appealed to the citizenry not to abuse the system, pointing out that “90 percent of calls made to the providers of emergency services are hugely prank calls”.

He expressed grave concern over the abuse of emergency numbers by Ghanaians in the past through prank calls and said the practice was not right, as it endangered the lives of Ghanaians in need.

However, the Ghana National Fire Service said they are collaborating with the Bureau of National Investigation (BNI) and the National Security to track, arrest and prosecute prank callers.

A prank call, also known as a crank call, is a telephone call intended by the caller as a practical joke played on the answering person. It is also referred by others as a type of nuisance call.