Audit Service Board explains why they changed locks at Domelevo's office 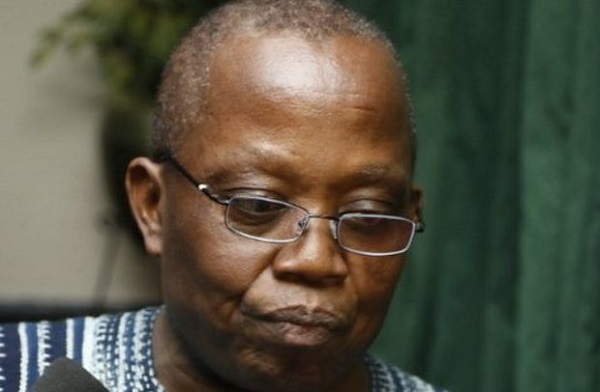 The Chairman of the Audit Service Board has explained reasons why they decided to change locks at the office of the Auditor-General Daniel Domelovo.

Prof. Edward Dua Agyeman who is the Chairman says this was done due to security reasons.

“The board was informed that he came back collecting letter heads, the acting Auditor General informed us that he wasn’t happy about the security of that office and therefore suggested that we secure the place. The board authorised him to buy new locks and secure the place,” he said.

He further stated that the fact that Mr Domelevo was able to come to the office to pick up some documents leaves the office vulnerable to potential breaches.

“The problem with the locks was that Mr Domelevo came there a day after he has left and collected letterheads and also without telling the acting Auditor General that he was there,” he clarified to JoyNews July 29.

Mr Domelevo had visited his office on July 28, 2020, to pick some documents but realised the locks to the door had been changed.

“If, however you have decided to include your annual leave for the year 2020, then it is expected that you will resume work after a well-deserved leave of 167 working days, with effect from July 1, 2020,” the Presidency explained.

The Office of the President has reiterated its directive for the Auditor-General (A-G) to proceed on his annual leave or risk being subjected to what it described as ‘disciplinary control’ to ensure adherence adding that the move was backed by the law.