Birth Certificates are to record births in Ghana - Godfred Dame 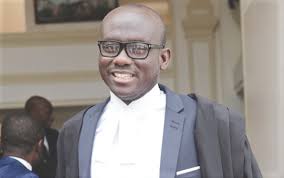 Deputy Attorney General Godfred Dame says we should all take account of the sole purpose of the birth certificate which is to record births in Ghana.

He explained that it does not qualify to be an identity document.

“We just have to take account of the sole purpose of the Birth Certificate that it is to record births in Ghana.”

Speaking on the ruling by the Supreme Court that Birth Certificate is not enough proof of citizenship, he said it can be used to prove one’s age.

He said this while contributing to Joy FM’s ‘Newsfile’ show on the ruling of the Supreme Court that Birth Certificate is not evidence of one’s citizenship.

“Yes, I think the Birth Certificate can be used to prove your age, it can be one of the main sources of establishment”

When asked further that the same document could not be used as evidence of citizenship but can be used to prove one’s age, he said the Birth Certificate can be used but it is not conclusive.

“It could be but not even conclusive and that is the reality.”

Sharing his views he said the reason for ruling out the Birth Certificate is because during the time of issuance there is no verification to the information being provided.

“Because inherently there is .. requirement for the establishment of a person’s identity as the processes that have been set out by Act 201, so if there is no inherent or inbuilt mechanism for a document that every detail that is entered can be verified and connected to the bearer of the certificate why should it be used?”

Ghana’s Supreme Court has unanimously held that birth certificate is not a form of identification.

The court explained that the document does not establish “the identity of the bearer”.

While the NDC case wanted the current voters ID card to be used in the registration exercise, Mr. Banson made a case for the inclusion of birth certificate insisting it proves identity of prospective voters as Ghanaians who have turned 18.

The Apex Court dismissed these reliefs and deferred its full judgement to July 15.

A copy of the judgment explained why the Birth certificate was rejected.

The decision written by Justice Ashie Kotey states that a birth certificate does not link its holder to the information it contains. It adds that it provides no evidence of citizenship.

The court compares it to another document it has already rejected; the National Health Insurance Cards and concludes it’s actually better than the Birth Certificate.

It is worthwhile to note that the birth certificate is used as a source document for various registrations including passports which are currently being used in voter registration.