Blame gov't for bad roads not us - Contractors Asso. 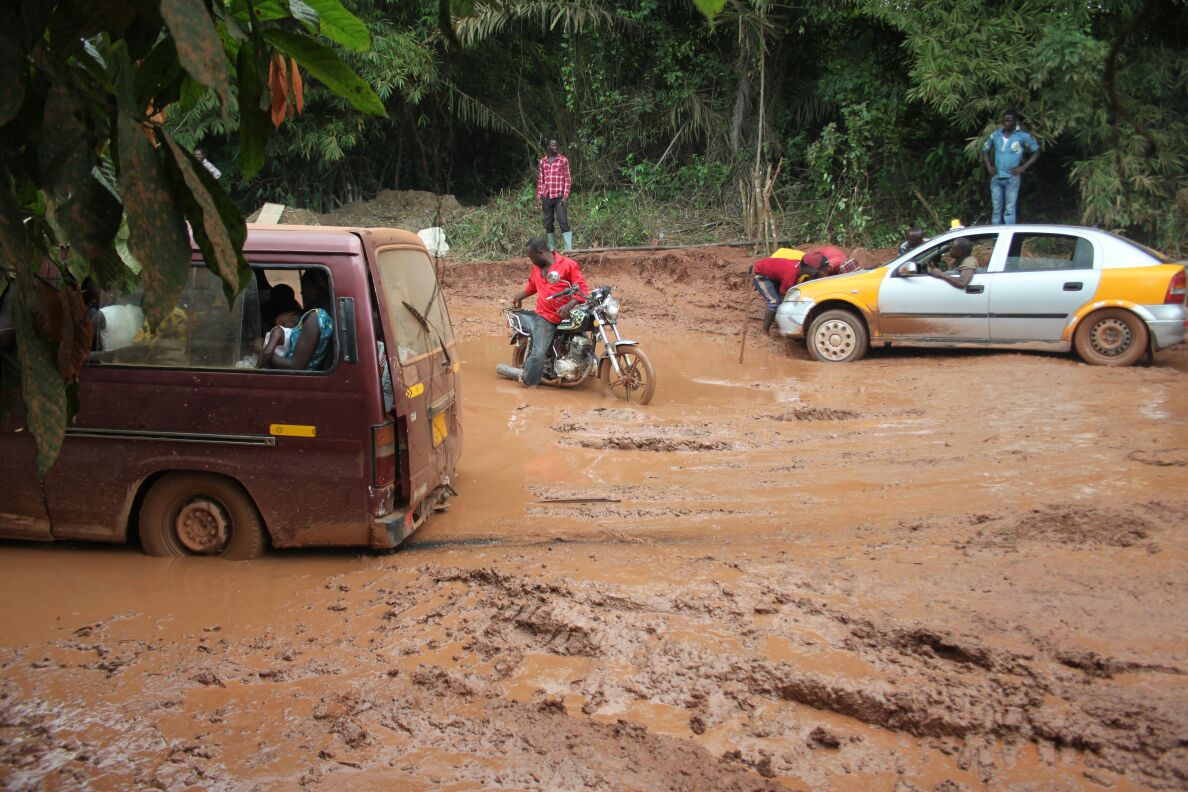 Blame gov't for bad roads not us - Contractors Asso.
Shares

The Vice President of the Progressive Road Contractors Association, Hammond Larbi, says contractors are not to blame for deplorable nature of roads in Ghana.

According to Mr Hammond, inadequate government funding has rather forced contractors to pre-finance projects though they work on directives from the Ministry of Roads and Highways.

Speaking on Adom FM, today Mr Larbi said blame must be apportioned to the government for the bad roads

“I admit some of the contractors do shoddy jobs but contractors largely cannot be blamed for Ghana’s bad roads because you take inventories and submit to the ministry and they slash it telling you they lack adequate funds''.

Mr Hammond revealed Ghana’s road construction still relies on old building technologies coupled with issues of drainage. He said inadequate materials force some contractors to mix rubber with bitumen with that roads constructed does not last.

“We must learn to prioritise road construction in Ghana and also award contracts based on budget and not to overspend,” he advised.

Some angry residents of Agona-Swedru in the Central Region on Monday, November 4, 2019, blocked all major roads leading to the town.

The reason for their action was as a result of the poor nature of the roads which they have complained bitterly about on several occasions to the government.

They claimed their pleas have fallen on deaf ears and the only option they have is to block the roads for the authorities to know how serious they are.

The residents said the New Patriotic Party (NPP) prior to the 2016 general elections promised to fix the road but almost 3 years after, that promise has not been fulfilled.

Again , residents of Amoma in the Kintampo South District of the Bono East Region are calling on the government to fix their bad roads or they will boycott the 2020 general elections.