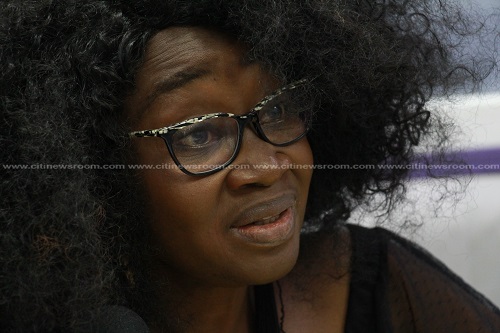 Nana Fremah Busia daughter of Ghana’s former Prime Minister, Kofi Abrefa Busia, says the University of Ghana should be renamed after her father.

She argued that UG should have been renamed after her father due to his contribution to tertiary education.

She said this on the back of some public universities been earmarked to be renamed after some key personalities who played diverse roles in Ghana’s development.

The decision which is included in the University Bill has generated lots of mixed feelings in the country.

Nana Fremah Busia speaking to Citi FM said her father deserved to have his name on the University of Ghana.

“Kofi Abrefa Busia was the first African professor at Oxford University, at a time when most people had not seen classrooms, so are we going to honour him now with some universities that do not have gravitas? What about Legon. The African studies department for a very long time had the head of the department, Dr. Bami, who is Dr. Busia’s brother. But for politics, he would have been the first vice chancellor of the university,” she said.

The Bill rather suggest the University of Energy and Natural Resources in the Bono Region will be renamed after Kofi Abrefa Busia.

Former President Rawlings has already rejected an offer by the Education Ministry to rename the University of Development Studies (UDS) after him.

It will be recalled that in May 2018, President Nana Addo Dankwa Akufo-Addo stated categorically that his uncle, Joseph Kwame Kyeretwie Boakye Danquah, a pan-Africanist and a member of the big six, is the founder of Ghana’s premier university, the University of Ghana.