Cancer boy who wished to sit in a plane dies 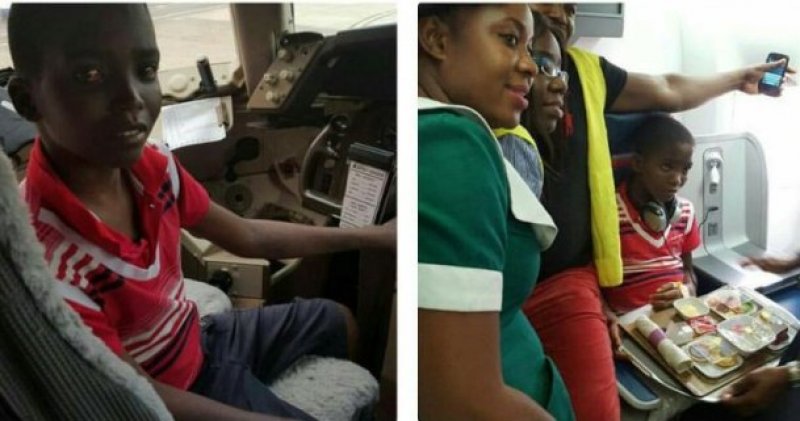 The cancer-stricken boy who demanded to sit in a plane before his predicted death has died at the Korle Bu Teaching Hospital,Starrfmonline.comÂ can confirm.

The boy who had been suffering from a protracted cancer and has been told by medical doctors that nothing can be done to save him, asked nurses of the Korle Bu hospital to drive him to the Kotoka International Airport so he can sit in a plane before his date with death.The nurses granted his wish and drove him in an ambulance to the Airport where he had the opportunity to sit in a Delta Airlines flight and took photographs with the cabin crew.The sorrowful incident gain national prominence as the Presidency and several other Ghanaians offered to help. He was scheduled to fly to South Africa for a surgical operation.