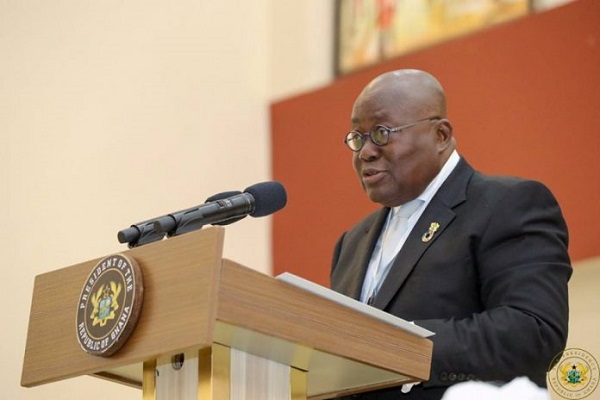 The President made these remarks on December 7, 2019, after swearing in the new Chief Justice at the Jubilee House.

He said: â€œI am hopeful that this same level of support will be forthcoming as he assumes the mantle of the Head of the Judiciary. To his colleagues on the bench and members of the Bar, I urge your continued solidarity and co-poration with the new Chief Justice to promote the rule of law. That will be in line with the finest traditions of the Bench and the Bar and will help enhance the welfare of our peopleâ€

On his expectations of the new Chief Justice as he begins his new role as head of the countryâ€™s Judiciary, President Akufo-Addo said he expects â€œdecency, discipline, fairness, hard work, deep-seated respect for the rule of law and the continuing modernization of Judicial activities to be the hallmarks of his era as Chief Justiceâ€.

President Akufo-Addo in his remarks further noted that it is extremely important that Ghana has a Judiciary that commands the respect of its people. He added that â€œit is vitally important that we have judges who are honest, possess integrity and sound knowledge of the lawâ€.

He, therefore, charged the Chief Justice to ensure that during his term in office, the Judicial Service can confidently be said to be such.