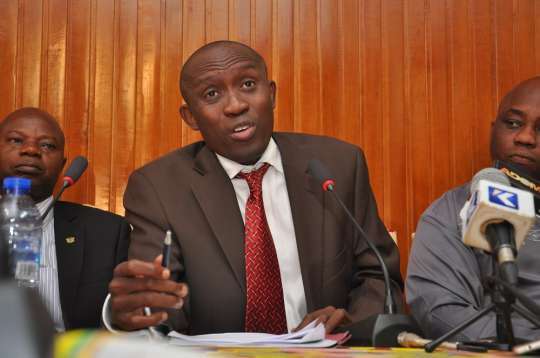 The Ghana Health Service says contact tracing is the key way of fighting the deadly coronavirus in the country.

Speaking on Joy FM's news analyses show 'NewsFile', Deputy Director of Public Health and Head of Disease Surveillance, Dr Franklin Asiedu-Bekoe said the country is focused on early detection and containment as an approach to fighting the spread of the coronavirus.

According to him, correct contact tracing of infected persons and getting the numbers right will help the fight. He said the service is trying its best to get the identification and listing stage of the contact tracing right to be able to monitor those who came in contact with the confirmed case victims.

Explaining steps being put in place to help the situation,Â Â Dr Franklin Asiedu-Bekoe said the borders are not the only place where cases are being reported, but most were at the various hospitals.

"We keep on saying that it is not only at the borders that you will get a case because you can only get a case at the border if there are signs and symptoms. But if you have a disease that has the incubation period of about 14 days it's likely people will slip in.

"Before we confirmed these two cases, we have tested over 50 cases and it was only six of them which were seen at the borders, so our focus was at the health facilities and let me say that Ghana used a very loose case definition,..... ours was very sensitive because we were not using quarantine so it like you can get a lot of people who appeared to be having Covid-19 but the idea is that you may not likely miss, so you realised that we had 56 ......"

Â "The initial plan was not infrastructure based but now if you look at the numbers globally it tells you that you need to put in more logistics."

A third suspected case of Coronavirus identified in Obuasi

A third suspected case of Coronavirus has been identified in Obuasi in the Ashanti Region.
That's according to Joy FM's report monitored by Prime News Ghana.

The report said the individual arrived in the country some days ago and tested positive for the virus.

He flew from the Kotoka International Airport in a helicopter to Obuasi. The report also indicated that the testing was done at the Kumasi Centre for Collaborative Research and he is currently in Obuasi.

Authorities are likely to within the next few days announce the case to the general public.