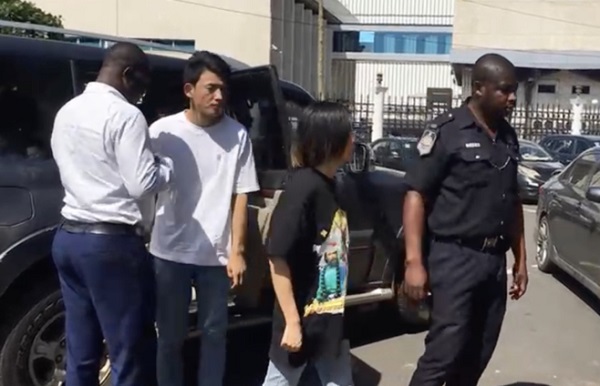 The High Court have adjourned the case of the four accomplices of the Galamsey Queen, Aisha Huang over the lack of Chinese and Vietnamese interpreters to aid in having a mutual understanding amongst all parties.

The Judge during the proceedings threatened to release the accused if they are unable to get an interpreter for the next sitting.

“I will adjourn the case for the last time, if we don’t get these interpreters, I will release the accused persons either conditionally or unconditionally" the Court presided over by Mrs Justice Lydia Osei Marfo, said on Tuesday.

The three accomplices namely Shi Yang, alias Philip, Li Wei Guo, Shi Mei Zhi and Nguyen Thi Thanh Tuyen, a Vietnamese national have been accused with engaging in small-scale mining without license whiles the Vietnamese is facing a charge of remaining in Ghana after expiration of a permit.

The Chinese accused persons have denied the charges.

The Court, however, could not take the plea of the Vietnamese because there was no Vietnamese interpreter.

During the sitting, the court indicated that it had not been able to secure a Vietnamese interpreter and that the Chinese Interpreter who was in court at the last sitting had also travelled outside the jurisdiction.