E/R: Youth in Asiakwa have a plan to harm teachers - Colleague of deceased teacher 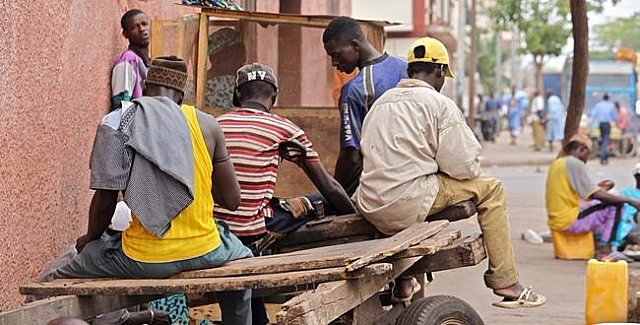 E/R: Youth in Asiakwa have a plan to harm teachers - Colleague to deceased teacher

A colleague to the deceased teacher of Asiakwa, George Somuah Bosompem who happens to be a teacher of Asiakwa Salvation Army Basic School says the youth in the area have planned to harm teachers in the community.

According to teachers in the area, there is a list of names of teachers going around indicating the youth intention to attack the teachers. This development has sparked fear in teachers and management of the school.

This follows an attack on the headteacher of Asiakwa Salvation Army Basic School, George Somuah Bosompem who was beaten to death by four teenagers.

In an interview with Starr News, a teacher of the school said they have declared a sit-down strike in response to the development and the death of their colleague

''Our action after here is that we are going on a strike. We are not teaching until further notice from our organizations. It's a planned agenda the youth want to harm teachers. I am the second person per their statement on a list provided by them that they want to harm teachers. Its time authorities of Asiakwa and parents of the youth realize that the actions taken by their children is against the laws of the country and we are also people from other areas posted to teach there,they should take their school and kids . We are not going back to the school''.

Reports also indicated that May 14, 2019, has been scheduled by teachers in the community to embark on a demonstration to demand protection in the area. In the meantime, teachers in Asiakwa are waiting for a statement from opinion leaders and traditional leaders of Asiakwa as well as the Parents Teachers Association (PTA) to come together to reassure them of their safety since they don't feel secure in the area.

The 55-year-old deceased was attacked for protesting against the invasion of a garden by suspected drug addicts who smoke and defecate in the school. Four (4) days before the attack, the teacher went on an Information centre to caution the youth to desist from smoking in the school to avert prosecution.

On April 28, 2019, while walking with a lady friend, the suspected addicts attacked the deceased teacher with sticks, stones, blocks and other deadly weapons.

The suspects did not also spare the lady friend of the deceased as they manhandled her.

The incident attracted many residents to the scene, fortunately, a Police Patrol team met the chaotic scene and managed to arrest one of the suspects, Richard Amaning,18, alias Konko who pretended to be providing support to carry the deceased into a waiting vehicle but the other accomplices managed to run away.

The teacher who was badly injured was rushed to the Kibi Government Hospital but was transferred to St. Joseph Hospital where he passed on.

The Kibi District Magistrate Court has remanded into Police Custody four teenagers who were arrested in connection with the assault and murder of a teacher at Asiakwa Salvation Army Basic School in the Abuakwa South Municipality of the Eastern region.