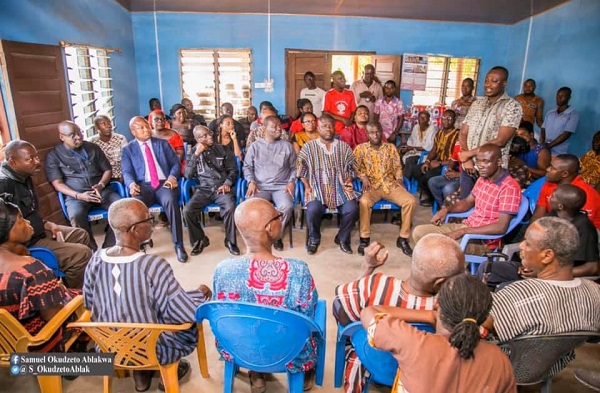 The Volta Region Parliamentary Caucus has expressed dissatisfaction with the Police's handling of the murder scene of the slain Assemblymember of Sogakope.

The caucus led by Member of Parliament for North Tongu, Samuel Okudzeto Ablakwa visited the home of the late Assemblymember but says the police might not get enough evidence due to their poor handling of the murder scene.

"We have met with the Police Divisional Commander, we have also proceeded to the crime scene, to see for ourselves where the whole unfortunate incident happened. We have indicated our reservations about even how the crime scene has been left unprotected, evidence is being destroyed and we don't think the way the crime scene is being managed will help to unravel the mystery behind the murder" he said when the caucus met with the family.

He also announced that the caucus has placed a 15,000 Ghana Cedis bounty on the perpetrators of the act.

"The caucus went to the Divisional Police Commander and we presented 15k to support the ransom already placed on the killers".