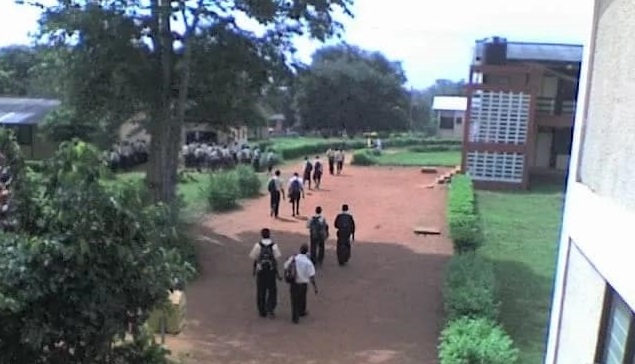 The National Schools Inspectorate Authority (NaSIA), formerly the National Inspectorate Board (NIB) has sounded a note of caution to some Private Pre-Tertiary Education Institutions (PTEIs) who are breaching the President's directive concerning re-opening of schools.

NaSIA in a release said after going round and monitoring activities they have been informed that some private schools have begun in-person classes for learners in Lower Primary to Senior High Schools.

READ ALSO: All schools closed down March 16 over Covid-19

This, NaSIA says is a clear breach of President Akufo-Addo's directive on re-opening of schools.

The President announced in August that only JHS 2 and SHS 2 students would be returned to school, he also said the remainder of the academic year for nursery, Kindergarten, primary, JHS 1 and SHS1 had been postponed until 2021.

NaSIA has however warned private schools acting in contradiction to the President's directive to stop or risk been shut down indefinitely. 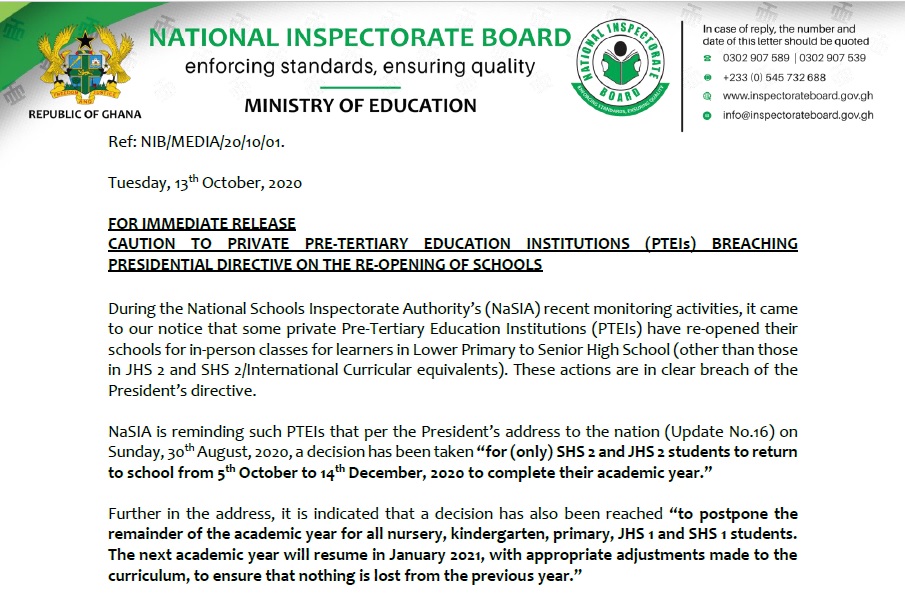 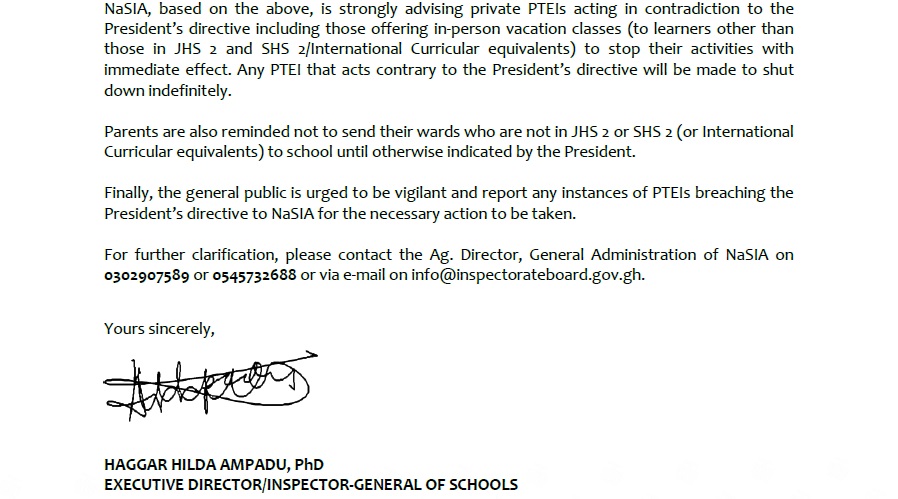