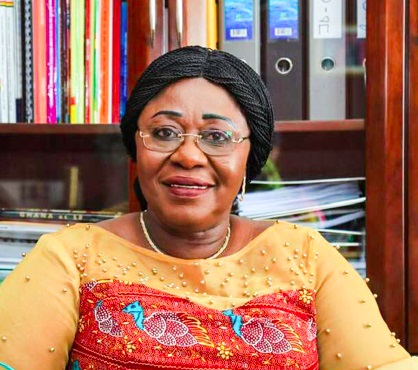 Chief of Staff, Akosua Frema Osei-Opare and Eugene Kofi Bentum Arhin Director of Communications have all been retained in President Akufo-Addo's latest appointment to his office.

This was contained in a press release from the presidency.

The statement also revealed that Saratu Atta will stay as the Personal Assistant to the President whiles Lord Commey continues in his former role as Director of Operations. 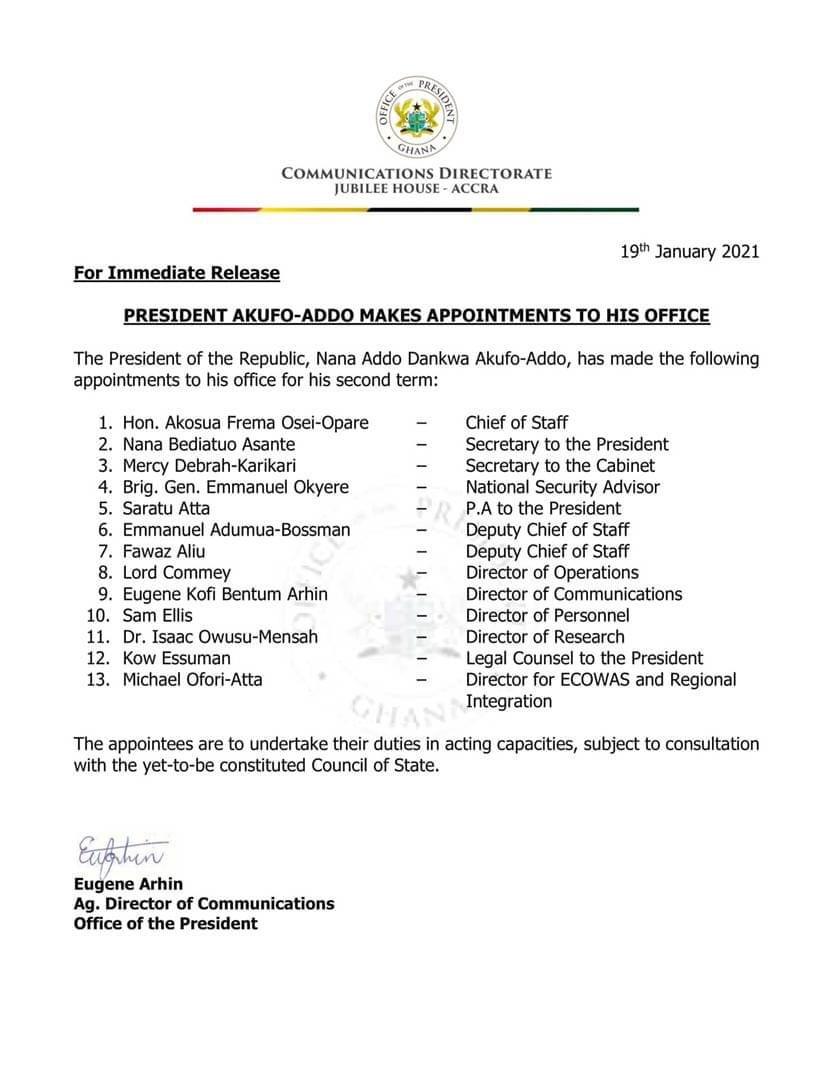 Madam Mercy Debrah-Karikari also retains her position as Secretary to the Cabinet.

However, Victor Newman, the Director of Research during the first administration has been replaced by Dr. Isaac Owusu-Mensah.

Mr. Emmanuel Adumua-Bossman and Fawaz Aliu have also been appointed as Deputy Chiefs of Staff to replace Samuel Abu Jinapor and Francis Asenso-Aboagye who were both recently elected Members of Parliament.

Other appointees are Kow Essuman who has been appointed Legal Counsel to the President, Michael Ofori-Atta who is the Director for ECOWAS and Regional Integration, and Sam Ellis, who is now the Director of Personnel.