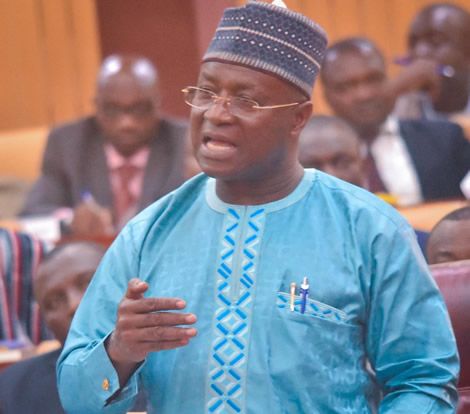 The leader of the Majority group in Parliament Osei Kyei Mensah Bonsu has given a suggestion of how the New Patriotic Party must select their flagbearer in 2024.

Mr Mensha Bonsu has proposed it must be done by consensus.

This he believes that will ensure cohesion and prevent the NPP’s electoral fortunes from dwindling further following its poor performance in the 2020 Parliamentary election.

Speaking on Kasapa FM, the lawmaker called for unity and says that is the only way they can hold on to power.

“Because of what has happened to the party in 2020 parliamentary election where instead of gaining more seats who had our number reduced from 169 to 137 we need to reposition this party. If we have to reposition this party we must be united. Even in the choice of the Presidential candidate if possible it should be by consensus. If we want to retain power must be united and shun any abrasive conduct in Presidential primaries,”

The NPP will have to select a flagbearer in 2024 as President Akufo-Addo will be ineligible to run again.

So far two names are leading the race, Vice President Dr Mahamudu Bawumia and former Minister for Trade and Industry Alan Kwadwo Kyeremanteng who lost to Akufo Addo for the flagbearership slot in 2007 and 2014.

Supporters of both have already begun campaigns on social media and are doing all they can to ensure their men get the attention of the NPP fraternity.

The 2024 NPP race has been tipped to be a very keen contest and many will have their eyes on it.