GhanaAt62: Ghanaians must celebrate Nkrumah rather than denigrate him - Mahama 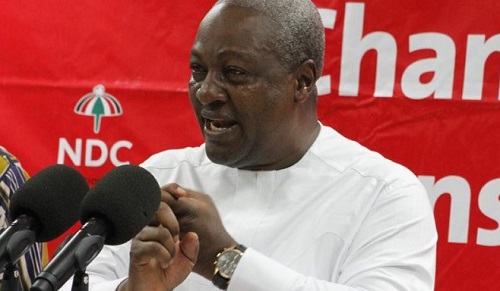 GhanaAt62: Ghanaians must celebrate Nkrumah rather than denigrate him-Mahama
Shares

In a Facebook post on Wednesday as Ghana marks its 62nd Independence, he appeared to have joined the debate over Nkrumah as he called on Ghanaians to celebrate him rather than denigrate him.

“Let us continue to thank God for how far he has brought us, as a country. We are not where we should be, but we should be thankful for the many blessing that God has brought our way.

Our country’s Founder, Dr. Kwame Nkrumah, deserves on this day to be celebrated not, denigrated for this tireless leadership that brought independence 62 years ago,” Mahama said in his Facebook post, suggesting that the President’s new holiday amendment act is a denigration of Kwame Nkrumah.

These comments come on the back of the current debate as to whether Kwame Nkrumah should be considered as the sole founder of Ghana or named among the founders of the country.

The NPP government believes Kwame Nkrumah is not the only founding father of the nation and the NDC thinks otherwise.

The debate is as a result of government scrapping off the celebration of Nkrumah’s birthday, September 21 as Founder’s day.

It has renamed it as Nkrumah Memorial Day and set August 4, as Founders’ day to celebrate all Ghanaians who took part in the country’s independence struggle.