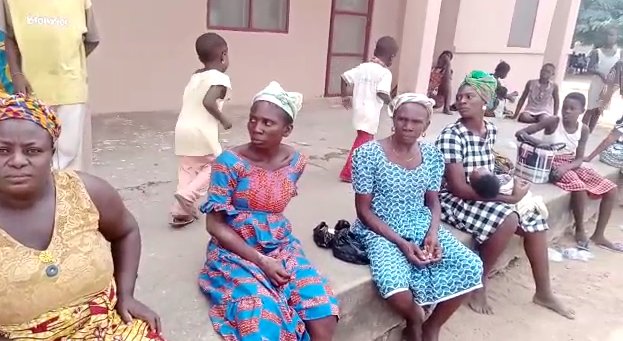 A chieftaincy dispute in the Gomoa Sinbrofo community near Apam Junction in the Central Region has left scores injured with some displaced.

The injured persons are currently receiving treatment at the Apam Hospital after sustaining gunshot wounds when the installation ceremony of the Nifahene and a Queen-mother turned violent.

Over 200 people have fled their homes to escape the violence.

Gomoa Sinbrofo is a farming community with a population of over 1000, located in Gomoa West in the Central Region.

Some residents who are seeking refuge in Gomoa Mpomam, said the chief of the town, Nana Otoboa Kese armed his land guards from Kokrobite who had come to support him install the Nifahene and a new Queen mother because the residents were not in support.

They said when the macho men stormed the town, they started butchering the youth and firing live bullets at them.

In an interview with Adom News, some residents who are now sleeping at the Gomoa Mpomam chiefâ€™s palace say, their lives are in danger while many of their friends have been shot. According to them, most of their friends and family members are still hiding in bushes with their condition still unknown.

They are, therefore, calling on the IGP to beef up security in the town to save lives and property.

Meanwhile the Adontenhene of Gomoa Sinbrofo, Nana Kojo Afful says he cannot confirm the number of people who have been shot and injured.

Chief Linguist of Gomoa Mpomam, Okyeame Kojo Amoako Rockson-Alice, says, getting food for the displaced people has become a major challenge for them.

He called on President Akufo-Addo to come to their aid.