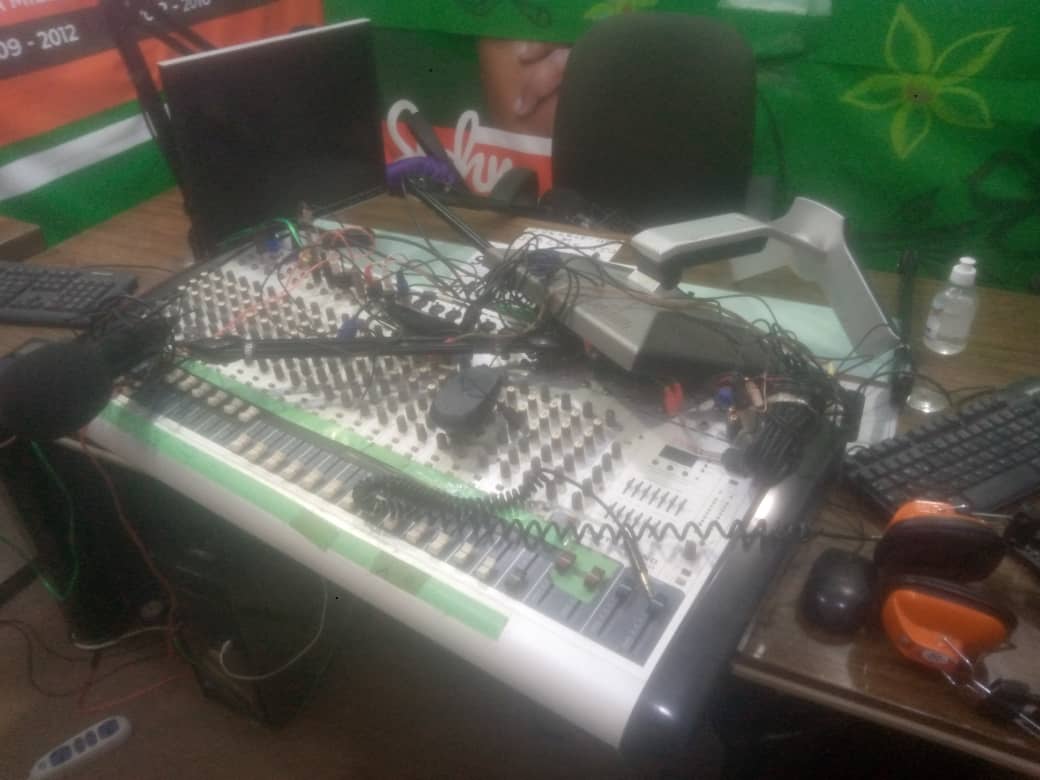 A statement from the Ministry of Information said Deputy Information Minister, Fatimatu Abubakar, has already spoken to the manager of the station and the District Police Commander, both of whom are working together to investigate the incident and ensure that the suspects are brought to book.

“There is no justification whatsoever for a broadcaster to be assaulted simply for doing his work. An individual or group with a grievance against a broadcaster’s or journalist’s comments, or indeed any individual must follow legitimate and legal avenues to seek redress, including the right of rejoinder which is guaranteed under Ghana’s 1992 Constitution,” it stressed.

The Ministry said there is no justification for the attack, as there are more appropriate means of registering complaints where one feels they are being misrepresented by the media.

The attackers stormed the studio whilst a live talk show on fishing and premix fuel distribution issues was ongoing and assaulted the presenter for speaking against the improper distribution of premix fuel in the area.

The radio station went off-air after the programme and is yet to resume.

The broadcaster who was assaulted, Eric Blessing Eshun, alleged that the area’s MCE, Ebo Appiah, was behind the attack. 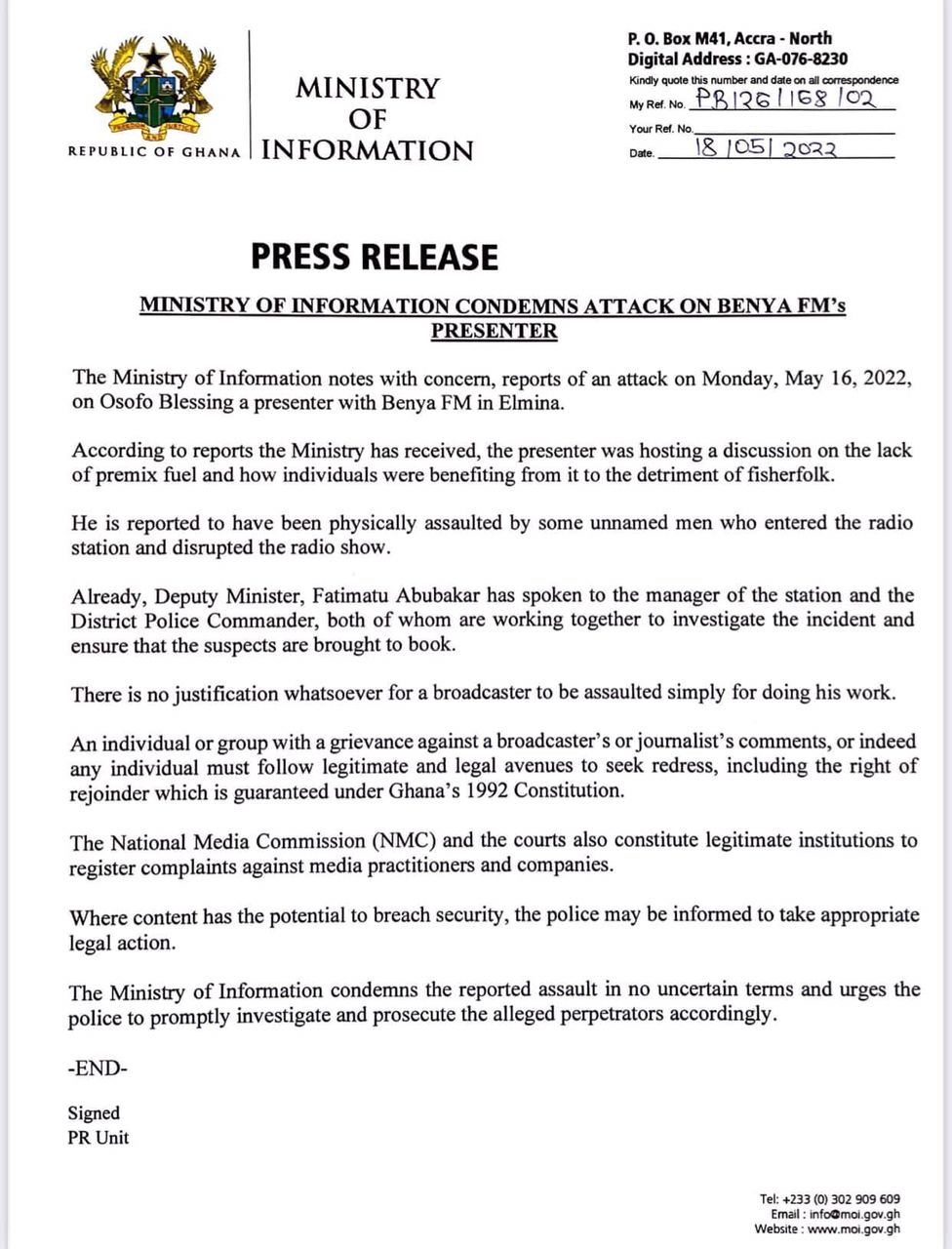