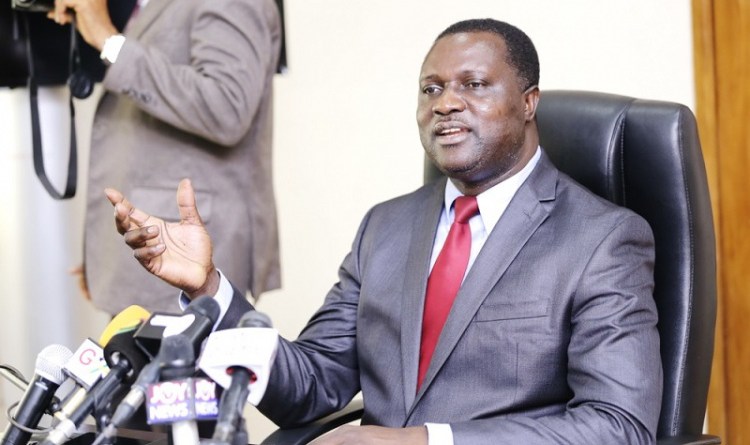 Government has turned down Conference of Heads of Assisted Senior High Schools, CHASS' request for review of Free SHS policy.

Deputy Education Minister, Yaw Osei Adutwum explained why the government has turned down the request of CHASS.

"I agree with CHASS when they talk about parent participation but...in this country for too long, parents participation has been equated with paying of a levy. But when Free SHS was being implemented the was a decision that the President made, there was something we called development levy parents were paying GHS50 for it and it's part of the Free SHS. The government absorbed that, High school will continue to be free."

The Conference of Heads of Assisted Senior High Schools (CHASS) has called for a review of the Free SHS policy, especially the policy on Parents Teachers Associations (PTAs) in schools after three years of its existence.

According to CHASS, the policy has led to the collapse of PTAs in schools across the country, accounting for many abandoned projects at various levels as well as support for schools.

Speaking at the 5th Annual Conference of CHASS at Wesley Girls High School in Cape Coast, president of the Conference, Yakub Abubakar urged the Ghana Education Service (GES) and other stakeholders to consider a reversal of the policy to ensure effective implementation and positive outcomes.

“The observation of the Conference is that PTA activities are gradually dying in our schools. Hitherto, the PTAs were playing very significant roles in our schools,” he said.

He further highlighted the benefits of PTAs in schools stating that, the Associations in the past, used to push schools when there were delays in release of funds, however, this is no longer possible in the free SHS era.

He said schools are not able to run efficiently as a result.

“At present, even though there are delays in release of funds , schools do not have the leverage like PTAs to assist them and so making the effective administration of schools problematic,” he added.

“If a policy is in place and for the past three years and it is not working, then we need to take another look at it,” he said.

In addition, CHASS raised concerns over the quality of the buffer stock in Senior High Schools.

He said that even though the Buffer Stock has ensured that the mandate given to it to supply food across the country was carried out, there are many complaints from the schools regarding quality and quantity of the food.

“The Buffet Stock should be seen to be operating according to their mandate and not as middle men who quickly react to changes in market prices by either valuing their supplies and sometimes not supplying at all. A typical example currently is of groundnut and mackerel,” he said.

CHASS also berated the delays in the development of the new code of conduct for schools, stating that schools are struggling in ensuring discipline.