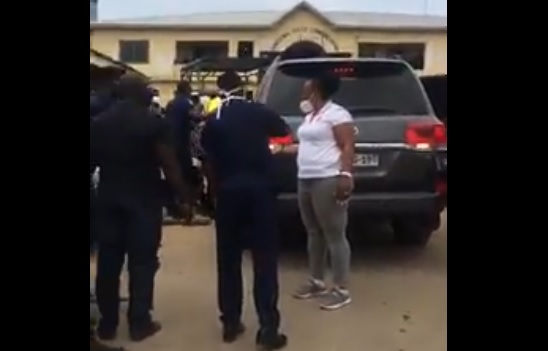 Mavis Hawa Koomson Member of Parliament for Awutu Senya East Constituency has admitted she fired warning shots at the Step to Christ registration centre in the Central Region on July 20, 2020.

Hawa of the NPP who will be coming up against NDC's Philis Naa Koryoo says she carried the gun along and fired because she and her agents felt threatened at the registration centre.

Hawa speaking to Adom TV said she went to the centre with some men but none of them was armed.

"I went to the registration centre with some men but none of them was armed. I was the one who fired the warning shots because I had my gun with me. My bodyguard was not around and when we got there, I saw some men on motorbikes at the centre who looked to be disrupting the process, I complained and they were coming close to me and my men, so I felt threatened and fire the warning shots to disperse them, I never aimed at anyone".

Police have also announced that they have arrested some four persons in connection with the chaos. They also said a gun was retrieved from the four men.