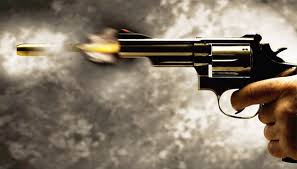 Some Electoral Commission (EC) officials had to run for their lives after gunmen stormed a registration centre in the Awutu Senya East Constituency.

The EC officials who were performing their duties at the centre gathered their equipment and left in fear of the lives.

The eye witness added that the centre has been very peaceful since the exercise began and the motive for the action of these gunmen is still not known.

There are a number of individuals at a police station in Kasoa and they want explanations to the issue.

The EC is yet to comment on the issue but investigations into the matter have started and the police want to bring the perpetrators to book.

This followed a green light by the Supreme Court to compile a new electoral roll ahead of the December 7 presidential and parliamentary elections.

According to the Commission, the exercise will be held at about 6.788 clusters made up of five registration centres each.

The Voters registration exercise will end on August 6, 2020.