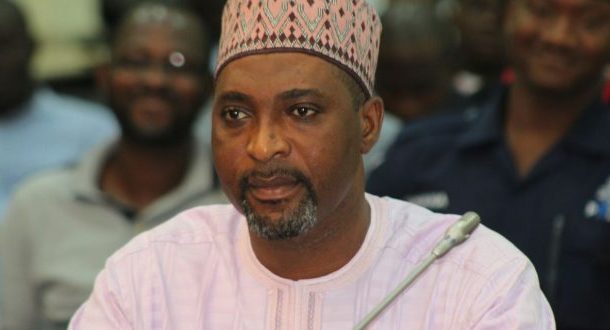 Member of Parliament for Asawase, Mubarak Muntaka has issued a formal written retraction and apology to the Supreme Court for the allegation he made about a Supreme Court judge allegedly seeking to compromise one of their (NDC) members over the speakership elections.

In a formally written retraction and apology to the Supreme Court Muntaka withdrew the allegations and expressed regret about the unintended damage his comments had on the image of the judiciary, Supreme court in particular.

Portions of his statement said: "I have reflected deeply and consulted broadly on the aftermath of the disclosure I made during an interview broadcast by Joy News TV on January 10, 2021, this was based on a report from a trusted colleague that she had been approached by a Justice of the Supreme Court seeking to entice her to vote for a particular candidate during the contest for the speakership of Parliament, admittedly because I did not specifically name any Judge, this may have had the effect of scandalizing the Judiciary in its entirety, this unintended consequence is deeply regretted. I therefore respectfully retract and apologize for the harm done to the image and reputation of my Lord Justices of the Supreme Court and the Judiciary as a whole".

Mohammed Mubarak Muntaka who was speaking on JoyNews’ alleged that a very prominent judge contacted an NDC MP; offering an inducement should the person vote in favour of the New Patriotic Party’s (NPP) Speaker nominee, Prof Aaron Mike Oquaye.

He contended that although the judge’s motive was not achieved, the party will probe the issue and take the appropriate steps if necessary.

This did not go down well with the Ghana Bar Association (GBA) who asked him to substantiate claims or retract it immediately. 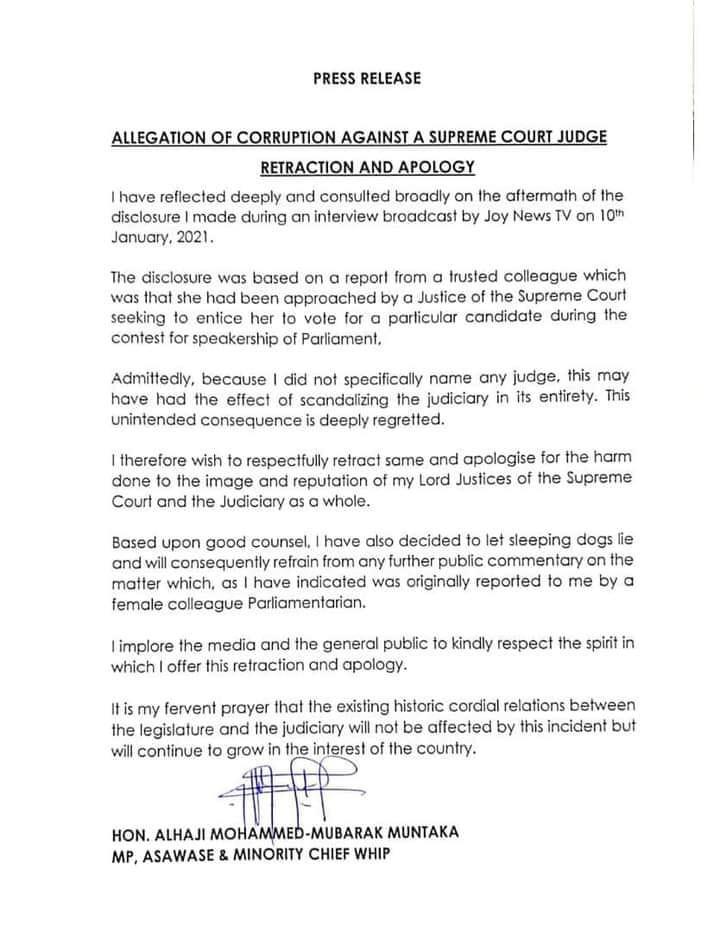