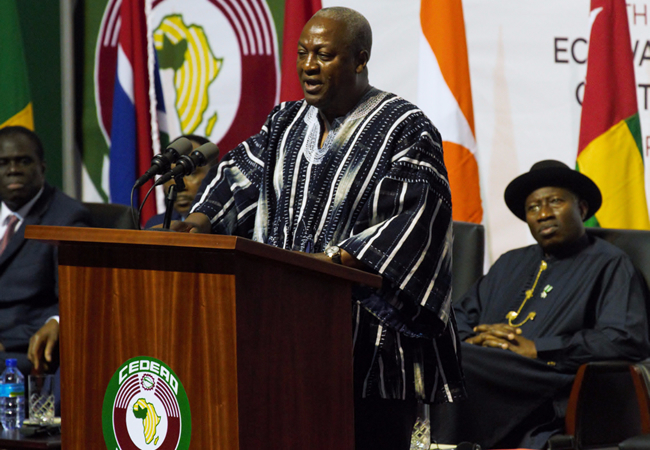 President of the Republic of Ghana, John Dramani Mahama has said he has no plans yet as to what to do next except to take a rest when he leaves office in January 2017 and that going forward he will be more engaged on sub-regional, continental and global matters.

Addressing the 50th Ordinary Session of ECOWAS in Abuja Nigeria over the weekend, he disclosed some sections of his equals are asking him what his plans are after his defeat in the just ended 7th December polls. To him, the only thing that he has in mind of is to take a rest.

President Mahama explained saying, having worked assiduously for three conservative years without rest, this will offer him the opportunity to do what he termed a “well deserved rest”. He thanked his colleague Presidents, ECOWAS and observer groups who were in Ghana to supervise the elections.

“I am grateful to the Almighty God and the people of Ghana for the opportunity to have served in the highest office of President; I have enjoyed the fulfilling career and since I emerged on the political scene in Ghana in 1996, I served as Member of Parliament for three terms, I served as deputy minister, as a minister, a Vice President and ultimately the President of my country,” he narrated.

John Mahama also acknowledged his colleagues Presidents for the friendship and corporation he has enjoyed and the ECOWAS Commission for the opportunity to serve as chair of the regional bloc. And also, recollected the hard work they did together resolving the Ebola outbreak which hit three West African Countries.
In conclusion, he acknowledged that the elections in Ghana were generally peaceful and that Ghana has enjoyed successful transitions from one government to the other over the years and these very elections unite the reputation Ghana has marked so far.