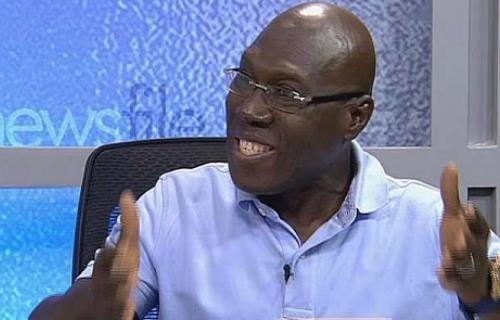 Former Member of Parliament for Tamale Central Inusah Fuseini is set to appear before an Accra High Court today February 22, 2021.

This follows comments he made on television asking the National Democratic Congress (NDC) flagbearer John Mahama to run a parallel government following the declaration of the 2020 general election results.

The former Roads and Highways Minister who has been cautioned on offensive conduct conducive to the breach of peace says he is prepared to face the outcome of the court decision.

"I am going to the court because I think that in a criminal prosecution it is the prosecution that proves your guilt. I am prepared and I don't think about anything all I know is I am going to court".

It will be recalled that Inusah Fuseini said Mahama won the election hands down and so must declare himself the president and form a parallel government.

“I have said and I have advocated that he declares himself president and forms a parallel government. The impunity of this government which is legendary must stop and that’s how we stop it,” he said.

That led to him being invited by the Criminal Investigations Department (CID) of the Ghana Police Service.

After the comment, he came out to defend it by saying that telling John Dramani Mahama to form a parallel government does not amount to criminalities or treason.

The "parallel state or government" is a term coined by American historian Robert Paxton to describe a collection of organizations or institutions that are state-like in their organization, management and structure, but are not officially part of the legitimate state or government. They serve primarily to promote the prevailing political and social ideology of the state.