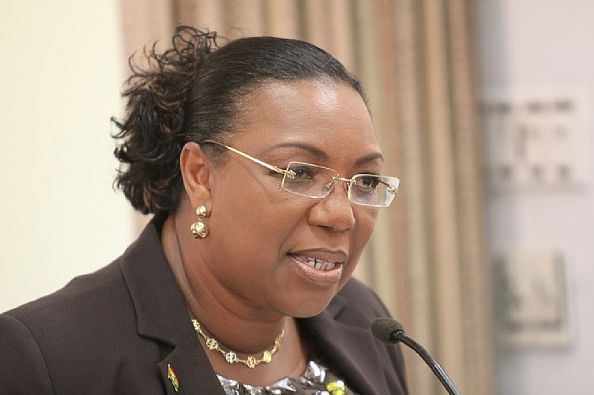 Rawlings passed away on November 12, 2020, aged 73 but the man who came to power through a Coup d'état is often credited for being a pillar behind Ghana's democracy.

Ghana returned to democratic rule in 1992 after several military regimes and Ms Betty-Mould is full of praise for Rawlings for being the architect.

"I think I can safely say he (Rawlings) is responsible for the reinstitution of our democracy. Former President Rawlings was a great leader and a disciplinarian. I thank God for his life because he turned the destiny of Ghana. He put Ghana back on track and has made us the envy of Africa. Former Rawlings was a charismatic leader. I just wished he had lived longer to see some of the ideas he espoused. He supported me and encouraged me", she said on Joy FM's Newsfile.

"I got to know him personally in 1965 when I went to Achimota School. He was already in form 5 and immediately you would ask: who is that? Even at that time, he stood out".

Having instituted a constitutional assembly to draft a new constitution, Rawlings lifted the ban on party politics in 1992 and, later that year, staged a presidential election, judged “free and fair” by international observers, from which he emerged the winner with 58 percent of the popular vote. Four years later he won a second term.

Barred by the constitution from a third term as elected president, Rawlings stepped down from the presidency in 2001 and was succeeded by the opposition leader John Agyekum Kufuor, who had defeated Rawlings’s vice-president John Atta Mills in the presidential elections.

It was Ghana’s first peaceful and democratic change of government since the former colony of the Gold Coast won independence from Britain in 1957. Today, Ghana is considered one of Africa’s most stable democracies.