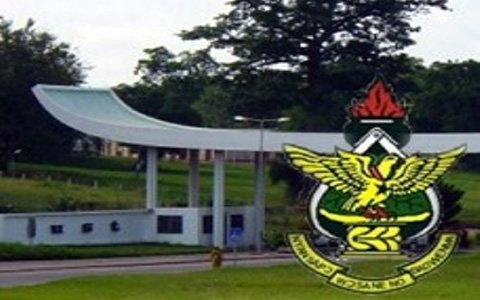 Andrews Kwasi Boateng has been appointed as the new Registrar of the Kwame Nkrumah University of Science and Technology (KNUST).

The decision was taken at a special meeting of the Governing Council held in Kumasi.
A statement signed by the Deputy Registrar, Relations Office, Mr. Kwame Yeboah Junior, said he would serve for a five-year term.

Mr. Boateng, 51, who succeeds the late Kobby Yebo-Okrah until his appointment, was the Registrar of the University of Energy and Natural Resources (UENR), Sunyani.

He began his career as University Administrator at the KNUST, in 1999, a position he held for 13 years - working on various schedules and offices including the Vice-Chancellor’s Office, College of Science - KNUST Accra Office, the General Administration and the Human Resources Division of the Registrar’s Office.

In the year 2010, he served as Secretary to the Presidential Committee on Emoluments, a Committee appointed to determine the salaries and emoluments of Article 71 Office Holders.
He has been a member of the Ghana Association of University Administrators (GAUA) since 1999.