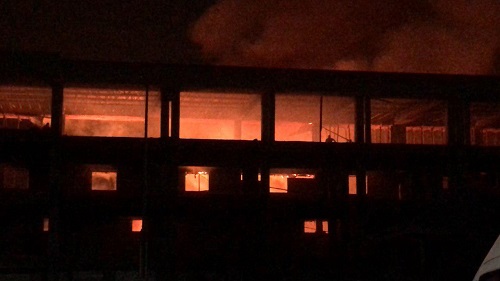 According to him, the nature of the fire outbreak clearly shows that it was a deliberate attempt to set the market on fire.

Speaking to Citi News, Osei Assibey Antwi said "I am not a professional but I listened carefully to the regional commander and when he explained the processes of how fire starts normally and the level that it moves on and comparing it to what they witness, to them they will not be surprised to mention that it was an arson.

Fire has gutted part of the Calvary Charismatic Center in Kumasi in the Ashanti Region on Easter Monday. According to Citi News, it took firefighters about three hours to deal with the situation.

The Easter Monday morning fire consumed a wooden structure near the second car park of the main church. The facility houses the church’s northern language branch in Kumasi. Two fire machines were deployed to douse the blaze.

The cause of the fire is yet to be established.