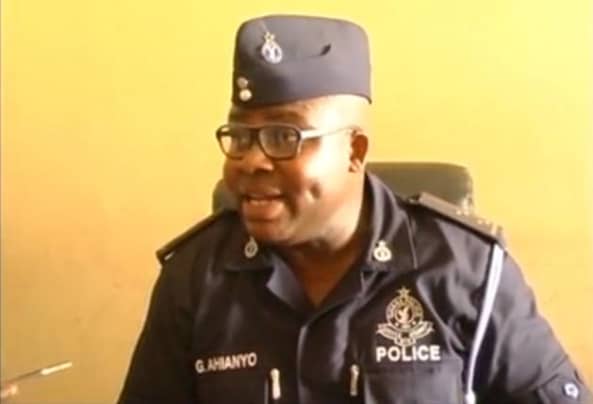 The Ashanti Regional Police Command has debunked media reports suggesting that there were some mysterious deaths on the streets of Kumasi.

Some media reportage this week indicated that five persons died mysteriously on the streets of Kumasi.

In reaction to this claim, Public Relations Officer for the Ashanti Regional Police Command, DSP Godwin Ahianyo in an interview today April 16 2020 said such claims of mysterious deaths are untrue

''We are picking some media reports that 5 dead bodies are found on the streets of Kumasi. Yesterday we read another report that 3 found dead in mysterious instances in Kumasi prompting creating public anxiety. The Regional Police Command will like to set the records straight that these are not mysterious deaths. We will like to inform the general public that the cases we have are all inquest cases and some of the deceased are lunatics and drug addictsâ€™â€™.

''In the case with the one that happened at Asokwa, the police received a call that there is an old man at about 60 years who has fallen unconscious at the Agogo market, so we proceeded there and picked him to the Kumasi South Government Hospital where he was admitted for 3 days. He gave up the ghost and the police informed the Municipal Environmental Officers to take over the body. As we speak, we have not found the relatives of the old manâ€™â€™.

The PRO further explained that: ''With the second case, the residents alleged another old man fell unconscious and died. The police had to call the appropriate authorities, that is the health and Covid-19 team to go to the scene and take the necessary actionâ€™â€™.

''The other two cases in the metropolis as we speak, one of them is a lunatic, who was always seen around the Manhyia area . The other person is also a known drug addict in the Kumasi metropolis so the story going out there that people are dying mysteriously in Kumasi is not true, its false. We have recorded cases of inquest and the deaths are not mysterious as its peddled out there,â€™â€™ he added.

The Ashanti Regional Police PRO also assured the general public to remain calm because Kumasi is safe and that everyone is going about their normal duties.

Again, the Police PRO appealed to media persons to check and cross-check their facts before putting it out for public consumption.

Meanwhile, coronavirus case count in Ghana has seen a marginal increase rising from 636 to 641 as of Wednesday night.