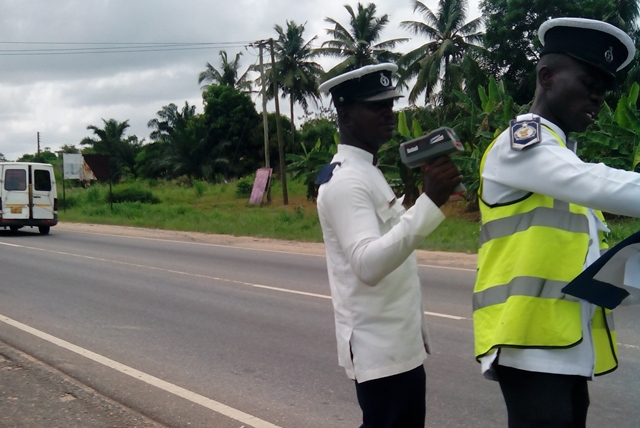 The Konongo-Odumase division of the Motor Traffic and Transport Department, MTTD of the Ghana Police Service says it has begun an exercise to impound commercial vehicles without spare drivers.

Police said they will focus on vehicles that travel long distances but do not have spare drivers.

MTTD commander for Konongo-Odumase, DSP Stephen Yeboah said they are committed to protecting the lives of people and will ensure every long-distance vehicle has a spare driver.

"What we have realised is all accidents that happened nowadays are caused by fatigue, the driver will be tired but will still be driving so we entreat all drivers and car owners that all cars plying Accra to Tamale and Wa to get two drivers at least so that they will interchange that will not cause so much accident, if you don't do that we will take action against them, we will not sit down for people to be losing their lives through accidents like that..."

One of the six survivors of the Kintampo Highway accident has blamed the incident on the Yutong bus driver.
She said it appears the driver was sleeping and veered off his lane and collided head-on with the Sprinter bus.

"It appears our driver was asleep, so he veered off his lane into the lane of the Sprinter bus leading to the head-on collision, the vehicles started burning, all I could hear was screaming from the Sprinter bus but there was nobody to help them, lot's of cars passed, we tried stopping them but none stopped to help".

The death toll of the accident is pegged around 30, with over 20 of them burnt beyond recognition.

The families of the victims are finding it difficult to identify the bodies as they have been burnt beyond recognition.